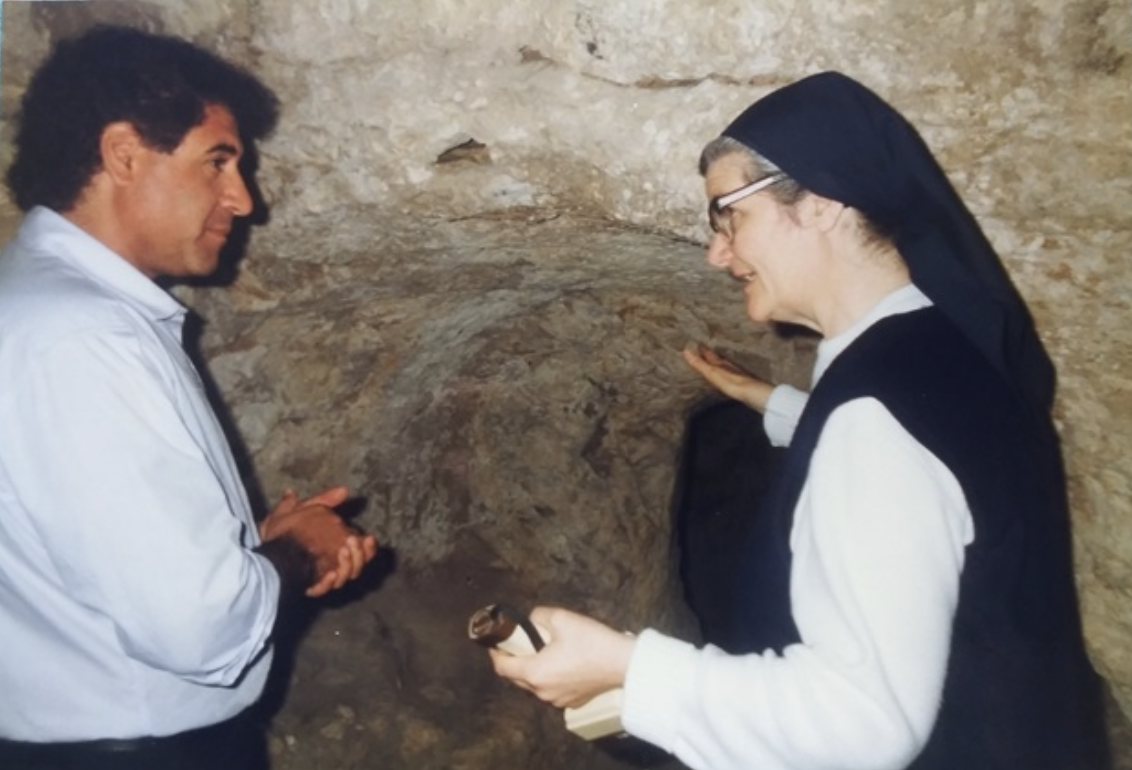 Based on the interesting discoveries and secrets that lie under the Convent of the Sisters of Nazareth, it turns out that Jesus of Nazareth – the Messiah, God’s Son, worker of miracles, and spiritual head of the world’s foremost religions – was not buried elsewhere. However, his burial tomb is in Nazareth, known as Jesus tomb in Nazareth.

The Convent of the Sisters of Nazareth was established in the mid of 19th century by nuns from France who arrived in Nazareth. They built the convent near the popular Basilica of the Annunciation. During the construction of this convent, numerous archeological remains from the 1st and 2nd centuries CE were discovered underground. The nuns of the Sisters of Nazareth were the first to discover an ancient cistern. Then the archeologists discovered further secrets, including uncovered walls from the Crusader period, ruins of the church built on a cave from the Byzantine period, i.e., 4th and 5th Centuries, and ancient tombs from the early Roman period. However, these remains were reexamined by British archeologist Ken Dark in 2006. One of the interesting discoveries under the Convent of the Sisters of Nazareth is the living structure of the early Roman period, i.e., 1st Century AD, which hints that dated back to ancient times, Jewish people lived in this place. The discovered living structure seemed to be the courtyard house of the Galilean region of ancient times.

Despite all the discoveries, another secret under the Sisters of Nazareth Convent is the newly discovered burial tomb of Jesus, known as Jesus Tomb in Nazareth. This tomb of Jesus is one of the sensational discoveries in the city of Nazareth after decades of archaeological work. These discoveries proved the existence of a Jewish burial tomb from the 1st century AD, about 613 feet northwest of the Church of the Annunciation, which is also the accepted house of Mary and Joseph. This archeological site also includes a Jewish burial tomb where Joseph and his five sons are believed to be buried. In 1881, this site was purchased by the French Christian order of nuns, the Sisters of Nazareth, who wanted to establish a school for blind and deaf children over the site. However, after the years, the nuns started digging under the building to uncover the burial tombs of the 1st century AD.

The discovered tomb in the burial site was designed for seven people and consisted of two chambers. One chamber had a burial place for six people; on the contrary, the other chamber was designed for a single person. Additionally, two more graves were dug into the mountain stone about 30 feet away.

The significance of all these discoveries was not understood for years until a Jewish man named Moshe Ben Joseph arrived at the Sisters of Nazareth Convent in April 1991. He studied the discoveries and explained the importance of this site to the mother superior, Kathy. Moshe Ben Joseph found the tomb of Jesus in the old city of Nazareth, and he further explained that the place is the burial site of the Holy family, which also includes the Jesus of Nazareth. Moshe Ben Joseph arrived in Nazareth from Boston, Massachusetts, with the information he received from an unknown source. The information he received told him the exact place where the final burial tomb of Jesus of Nazareth existed.