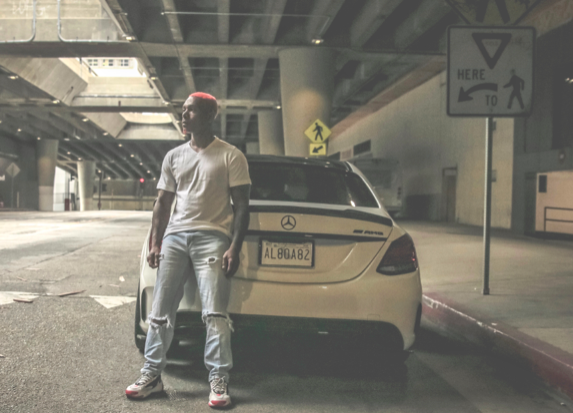 Music is a powerful form of artistic expression. It connects people across the world, brings nations together, and helps people express their feelings in the most impressive manner. Moreover, music assists in initiating movements and stirring a change. It does not discriminate between races, religions, cultures, nationalities, or even traditions.; instead, good music eliminates these differences bringing people from different ethnicities closer.

Using Music to Add Vibrancy to a Dull Life

Terrel Williams, professionally known as TR3AL, an EDM world’s rising sensation, realizes the value of music. The world’s population is passing through a difficult phase at present. Economies are collapsing, businesses are being shut down, and operations across the globe have come to a halt. During this global pandemic, a lot of people have lost their jobs, and others are struggling through excessive stress. TR3AL is using his music to make things better for his fans.

A preview of a song titled, “Quarantune,” has been released by TR3AL, an attempt to add some liveliness to the lifestyles of people. The track is the first song from his EP, “My Story,” which is expected to hit the market soon. The preview of the song has acquired much attention, and TR3AL’s fans are excited for its release, which has been scheduled on July 3, 2020.

He states, “I would be lying if I said that quarantine life is exciting. I know it is dull and is making people go insane. After realizing how stressful time at home can be for us, I decided to schedule the release of my EP’s first song.” He further added, “I was able to pause my career and lock myself in the studio and focus on music with no distractions.” He used his time at home to work on his single, and he is super excited.

Not only is he about to release a new track in this difficult situation, but he is also planning for something huge. TR3AL is known for his full production laser shows across Los Angeles, Mexico, and several other parts of the world. “Why should my fans, who I consider my family, wait for the pandemic to end to be a part of my shows? I am trying my best to make things better for my fans, which is why I am planning to organize a virtual concert.” The EDM superstar is planning to organize a virtual laser show, something his fans are looking forward to.

An EDM Star, Stirring Hype in the Industry

Terrel Williams is a Californian, born in Santa Clara on April 28, 1983. He was passionate about music ever since he saw Tiësto perform. It encouraged him to pursue a music career. Getting inspiration from Tiësto, Steve Aoki, and Don Diablo, he started working on his DJing career. In 2017, he started DJing at local clubs. However, he did not create his own music. He went on using other tracks to create amazing mixes.

One thing that he learned from his idol musicians was to ace the DJing game; one has to have their unique craft, tracks, and mixes. He started working on his own craft, and today the world knows him through his unique sounds, upbeat energy, groovy vibes, and laser shows.

TR3AL began his career with back-to-back hit releases. In 2018, while he as working on his track, “Forever,” he founded his record label, “XPERIENCE R3AL R3CORDS.” The first track that he released through his record label was, “Oh Yeah.” However, “Forever” was a track that rocked the music industry. It was released on March 27, 2019, and was a song created for everyone that could fit every mood. It was a success, and it helped TR3AL build a huge fanbase. It was through this song that TR3AL found his true sound.

What provides TR3AL an edge over other EDM musicians and DJs is his unique sounds and the energy they bring to the dancefloor. His songs have the power to get parties started. The energy with which TR3AL approaches his audience is worth the praise. Not only is he pumped with high energy levels but also energizes the entire audience. TR3AL is definitely on his way to the top in the EDM world, and his exceptional skills and fully-packed energy will help him emerge as one of the best DJs and dance music stars in the world!