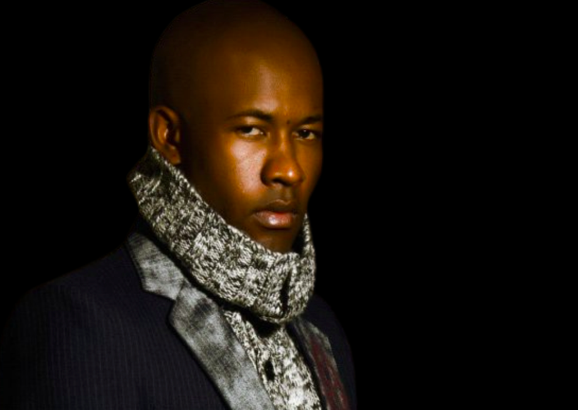 The rapid increase in the world’s population has made it difficult for people to succeed in their respective careers. Be it the corporate sector, STEM career, or the music world, it is much more challenging to stand out in a market that is subject to a continuous stream of applicants, which is increasing by the second.

A few decades ago, if a person had the skills and was talented enough, outshining the competitors and succeeding in a profession, was not that difficult. As the world moves forward, the difficulty level is increasing, and the criterion for success is evolving.

The increase in the number of applicants, candidates, and talented individuals is causing the world to lose some people with true potential. The excessive struggle makes these people give up, depriving the world of a chance to witness the real talent and potential.

Several organizations have realized the urgency to provide a platform that can prevent such talent from going to waste. When talking about the world of music, there is one platform that recognizes the value of talented musicians and is working hard to empower them. LeftRight Music Group is a US-based music and entertainment company that is actively working to tap the untapped potential of musicians who possess the potential to rock the music world.

There are only a few organizations around this world that realize the urgency of this situation. The condition of the music industry at present is killing dreams and hopes of people. People who are owners of pure talent are denied their right to show their skills to the world, which forces them into pursuing something they are not passionate about, resulting in failure, depression, and frustration.

There is no denying; finding success in the world of today is difficult. Whether it an aspiring entrepreneur or a musician full of potential, the struggle is something one can escape. Does this mean that singers, songwriters, producers, or directors who found success a few decades ago had things easier for them? No. Things were difficult during their time as well, but the opportunities were there, and the competition was not that tough, as it is today.

Hans A Tondreau founded LeftRight Music Group (LRMG) on May 18, 2017. The foundation of this company was laid based on the empowerment of struggling artists. The company was established to tap the untapped potential of singers and songwriters. It is something that the world of music desperately needs. Due to the high influx of musicians in the industry, many talented individuals are unable to make a mark in the world by showing their skills.

LRMGx was structured in a way to provide these individuals with a chance to succeed in a market that does not offer much in terms of opportunity. The mission of this record label states, “to create a remote stand dome to help independent especially third world country artists break through the competitive surface of the music market with a 50%50 record deal worldwide.”

Just one year after the company was founded, it acquired other brands such as the LRMG X, including its Hiilands Music, and Rapso Records. It was a major step taken by the record producer, Hans A Tondreau. He was determined to establish his label as a top platform that could change the lives of musicians and give them a chance to build a name for themselves in the industry. Finally, the company was officially launched on October 12, 2019, with its headquarters in Manhattan, New York, US.

The primary goal of LRMG was to assist third-world country artists in sharing their talent and skills in the international market. Hans finally found someone who fits this description perfectly. He met Merlin Zapravo, a Spanish-Haitian artist, previously known as Ashte.

He was a struggling artist, and Hans was determined to turn him into a global music success. The company signed its first artist ‘Merlin Zapravo’ on a 50/50 recording contract in 2017. The 50/50 approach was a policy set by Hans. As per this approach, the LeftRight Music Group moves on from a leaf to a multiplied Rights Agreement. That includes the income from recordings, live performance, publishing and expense, and rights for recording, distribution, and touring.

The founder, CEO & controlling shareholders, Hans worked with Merlin Zapravo and finally released the first track, “Hold Me Down,” in 2017. The song was a success, and it helped both the artist as well LRMG find success in the industry. It was then followed by another single, “I’ll Be There,” and an EP, “Certified Baller,” in 2018. Other tracks in the company’s catalog include “Dance With Me,” “Be Yourself,” “Din Din,” “Malandren” from 2019, and “The Deal” ad “Money” in 2020.

After making Merlin Zapravo a success, LeftRight Music Group is on its way to success. As this company is new, the growth is slow. However, the rapid increase in the brand’s popularity will help bring more artists towards this platform. The company works with brands including LRMGx, THE BOXKC, Berlin Motion, and is partners with Jade Skye Music, Hat Label Publishing, and FIVONI.

From Bronx, New York The Artist 10K Is On The Rise