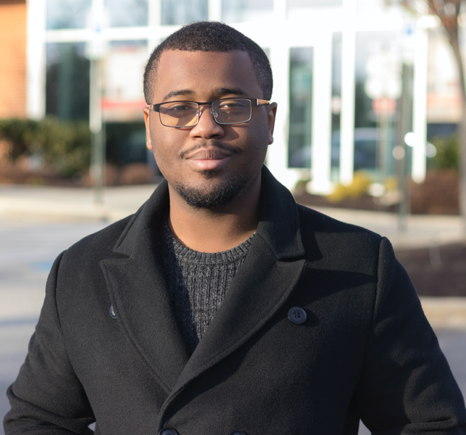 With ideas and a unique lens to view the world around him, Brandon Alan Frazier has set out to leave his footprint in the world. With a current patent pending under his belt, and a drive to revolutionize the way we experience real-estate, it’s apt to refer to him as an entrepreneur,  businessman, and a community leader. Having worked with Executives in a variety of fields Brandon Frazier is no stranger to high levels of business and client satisfaction. Brandon is not only a man of business, but a man of the people, as well. Continuing to dream, as he had when he was younger, he proves just how real the power of belief is, and how never to stop dreaming.

Ever since Brandon was young, he thought of ways to improve the world and how we conduct business. While Brandon’s father was serving in the Navy, he and his family were stationed in Japan. Brandon was exposed to different cultures, and business practices while he was there. The young boy would be amazed by his surroundings, his influences, and would often spend countless hours daydreaming about being a big person in the world. Taking his family’s initiative to serve the people, now in the United States, Brandon blends some of the business practices he was exposed to, as well as build upon the foundations that he’s gained from his education here, to set himself apart from other entrepreneurs. However, above all else, comes his family and friends. To Brandon, they’re everything.

As the eldest son of his household, Brandon had taken the responsibility of supporting his family time and time again. In wanting to provide for his family, Brandon networked with many individuals in a desire to learn more. Although many would consider his experience to be “odd jobs”, Brandon believes firmly in the effort and earnesty of work. “No work is without merit, and no merit without benefit. Every experience is a tool, and that makes you a dangerous candidate,” Brandon believes. His most influential experience has been from working in Real Estate. It has given him not only the confidence, but the mental aptitude to handle multi-leveled projects and multitask.  His desire is to share not only his knowledge, but his unrelenting passion for business and innovation with those around him. He has been able to lighten the burdens of home ownership, providing financial support. But, there must be a better way. There must be more he can do! These are the core sentiments that would lead Brandon into his innovative mindset. Though Brandon was busy pursuing his passion, he unfortunately would not be able to dream freely anymore.

Innovation is not only the product of experience, but education as well. While attending College, Brandon continues to study. He pours hours into his books one of his current favorites being the wisdom of psychopaths. He attends seminars, and networks with those who attend. He has amassed a network of like-minded individuals who share the same feverish passion for self-improvement, and business, and he continues to learn all he can from them. Absorbing their practices, being exposed to out-of-the-box thinking, and being exposed to multiple problems in the community, Brandon decided to take a very avant garde approach, and began building his own legacy. With his eyes closed, and his heart open, Brandon began to realize the old sentiment, and comfort, of dreaming. He remembered his dreams as a boy, and his dreams as a young man. Now, finding his place in the world, and building upon his voice, he remembered exactly who he was: a dreamer.

He failed. He failed again, and even after that, he would fail. However, Brandon never gave up. Not once did he consider his luck to be unfortunate. Not once did he let himself sink. Not once did he stop dreaming. Although he was stuck in the doldrums, so to speak, he never lost confidence in his ability. “Although we continue to ebb and flow, nothing is actually motionless,” Brandon sentiments. He is an individual who only knows one direction: forwards. This bold and daring foray into his greatest adventure would soon bear fruit.

Evizci just one fruit on a wide-spreading tree that Brandon has seeded. It will be the future of business to come, and is the name of Brandon Alan Frazier’s legacy. It is his silent protest that will echo into the masses, and it is his dream coming to fruition. It is the future in home marketing, and is designed with one core value: to bring families closer together in a search for their perfect home. For Brandon, nothing is more important to him than family. He uses them as the cornerstone for his work. This family, he would soon realize, is much bigger than he originally thought.

Brandon is not only putting his money towards his future, but into his community as well. Family is so much more than who you share a roof with. It consists of your chosen ones, the friends you meet, as well as the community you learn to fall in love with and care for. Witnessing the effects the pandemic has had on his community, Brandon Alan Frazier has been involved in various community efforts, as well as donating time and money of his own back into his community. “We aren’t successful because we have money. We are successful when our communities are healthy and thriving,” states Brandon. As sincere as he is in business, so, too, is he in his philanthropic efforts. Putting his skills to the test, and his abilities he’s constantly polishing, he was able to network and successfully provide relief for his immediate community. Sharing financial resources, as well as dedicating teams and people, he was able to provide not only food, but other essential necessities, as well as helping community members secure jobs!

During the absolute madness of the rush, and the painfully slow doldrums, Brandon Alan Frazier is a dreamer. Although the ocean may ebb and flow, although it may torrent or be absolutely still, Brandon Alan Frazier will dream. He will dream, he will plan, and he will realize. In business, and practice, and in community efforts, and education, this young man’s footprint may end up being bigger than he bargained for. And he is here, accepting the challenge.

Badr El Battahi reveals his plans for launching his own fashion label. Here’s what he said!