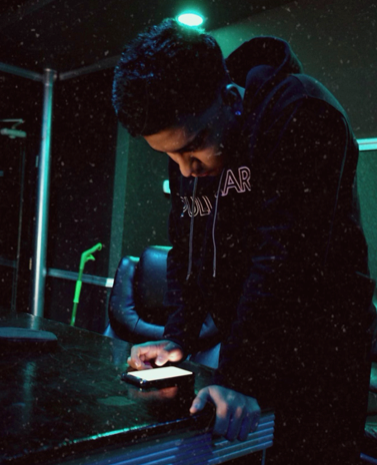 Born in Fairfax County as Joel Amaya Medrano, Koda Hills is a 17-year-old Artist next to blow up in Hollywood and the music world. A homeschooled student, Koda Hills has been making music since he was 8 years old finding inspiration from artists like Juice WRLD, Clever, Panic! At The Disco, and a few more. While in the 6th grade, Koda Hills began to put out music on Soundcloud from his home studio.

Koda Hills then closed up that studio to work on his own music. Finding his own sound after a few years of not dropping music, he started to get better and better, recording at more professional studios.

Being from Sterling there aren’t too many people that have taken the route that he has music wise. As Koda Hills continues to make his way into the industry, he wants to be the first 17 year old to make music in both bilingual languages, Spanish and English. He’s also looking to be a positive influence on his community. Koda Hills started his journey young and has a long way to go. With many celebrity eyes already on young Koda Hills, there is no doubt he will be the next big name in Hollywood and the Music world.

Koda Hills is currently working with Naveed Mian a talent agent/manager and American Businessman well known for his marketing capabilities, mass array of connections and investment skills on the stock market. Koda Hills reached out to Naveed Mian to recruit him to assist him in his growing music journey due to his business skills and connections with high end verified influencers. Naveed agreed and they started working together.

Naveed is a top tier manager in the DMV and LA area who has worked with people like Brittanya187, Bryce Hall, Juhahn Jones, SwagBoyQ, and countless others in the Hollywood and the online world. Naveed Mian only takes 2-3 unique clients a year, where he can help them grow to extraordinary numbers and meet milestones.