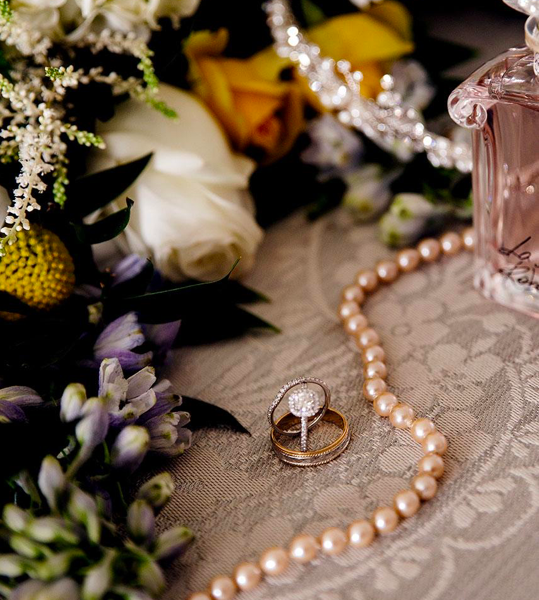 If there’s something that many are excited to witness and see aside from the act of proposal itself, it’s the engagement ring. It’s always moving to see the beauty of how an object can signify a person’s love, seriousness, and adoration for someone. And when it comes to this, diamond engagement rings are always the ones that can easily impress many. True enough, when one thinks of engagement rings, diamonds would always come to mind but how did this stone become such a popular choice?

The Significance of the Engagement Ring

The use of engagement and wedding rings is a tradition that anthropologists believe came from a Roman custom. During this era, if a woman is seen wearing rings of ivory, bone, copper, iron, or flint that are attached to small keys, they are owned or in mutual love and obedience with someone. Only the mentioned materials were popularly used during that period but gold rings later also became popular and more common.

And so, in the past, an engagement ring was a sign of ownership. It is a mark for someone who is up for marriage or is already married. Doesn’t sound romantic, right? Fortunately, this symbolism is now only a thing of that era because in 860 AD, Pope Nicolas I declared that engagement rings should signify the intent of a man to marry instead.

He also said that engagement rings must be gold to show how he’s able to provide for his future wife. However, golden rings were extremely expensive back then so many couples skipped engagement and proceeded to wed right away. Many years later, in 1215, Pope Innocent III declared that an engagement period is mandatory before marriage. And so, the gifting of engagement rings became more popular.

It wasn’t until 1477 when diamond engagement rings came into the scene. During this time, Archduke Maximillian of Austria proposed to Mary of Burgundy with a ring that featured long and narrow diamonds that were formed in the shape of an “M ”. The use of this stone on engagement rings didn’t immediately become widespread but it was somewhat popular to European aristocracy and nobility.

Engagement rings with diamonds became more popular in the 20th century. In 1947, an ad campaign on this became popular. Interestingly, the campaign’s motivation was to spike the price of diamonds worldwide as its value was dropping. An ad agency was tasked by a company known to mine these stones in South Africa to persuade young men that only this stone alone is synonymous with romance and that it was the measure of a man’s love.

It was a widespread campaign because it included lecturers visiting high schools in the US to have discussions about the value of this stone. In 1946, newspapers were also full of engaged Hollywood personalities who would wear the said engagement rings. It’s the campaign that gave birth to the tagline “A Diamond is Forever”.

Now, when thinking about this precious stone, the color white or colorless is what would immediately come to a person’s mind. However, it also has other colors too like faint yellow, gray, black, and even pink. What you should know is that the value of this stone will also depend on its color and the general rule here is that the less color that is present, the higher the value of the stone is.

While diamonds became popular in the 20th century, there were still people who would propose with engagement rings that feature other gemstones like sapphire, emerald, and pearl. Gemstones are usually picked for their uniqueness, color, and meaning. These stones are also generally less expensive than both natural and lab-grown diamonds.

Today, a diamond engagement ring is still a popular choice even if it could be expensive. However, technology has also allowed experts to find ways to make this stone more attainable. Lab-grown diamonds are starting to become popular too in the world of engagement rings. While it is definitely more affordable than mined or natural diamonds, know that lab-grown or man-made ones are real diamonds.

What’s great about lab-grown diamonds is that they can be customized. It is available in different colors like sunny yellow, rose pink, sky blue, eden green, and the classic clearly colorless.  It’s also a more ethical choice because mining isn’t involved in making this. Making a diamond from hair revolves around carbon extraction and crystallization. It may take a few months to make it but because it’s lab-created, it can be easily customized too in different cuts.

There may be nothing more important than the person’s genuine feeling, commitment, and long-lasting love when getting engaged or married. However, giving and receiving an engagement ring is part of an event that no one will easily forget. Proposals are always heart-warming and lovely to witness and if you’re the couple who’s getting engaged, giving an engagement ring and wearing one is an excellent and impressive way to show how much you value a person.