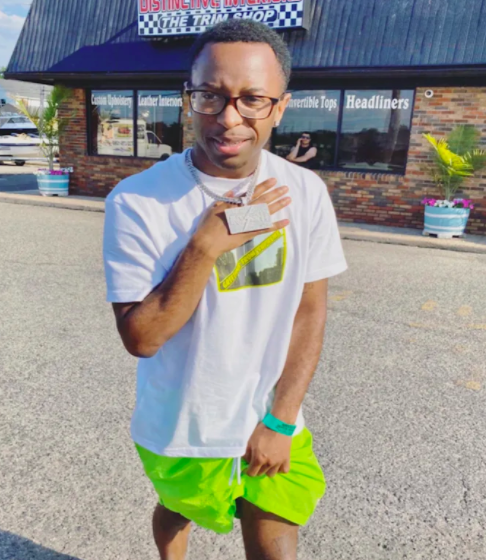 Often the most influential people who reach success tend to be the ones who have had the roughest start. This is exactly the case for Stevo The Rapper.

Originally from Irvington, New Jersey, Stevo The Rapper grew up in a tough spot. He grew up in a low-class neighborhood where many kids dream big but never had the financial means to take action. This was the case for Stevo The Rapper as often he would struggle for even the simplest of things. The rapper said in an interview, “I used to have to split noodle packets with two other siblings”. Although these times were rough, Stevo The Rapper still found a way to move on to something better. He soon found an outlet that would shift his life for the better.

Music seemed to be the outlet for Stevo The Rapper as he began with this venture at 8 years old. He bought his first Microphone from a Karaoke machine, plugged it in his computer, and started going to work. He practiced and practiced until eventually he had perfected his sound enough to share it with others. Along the way, his father kept introducing new music to the artist and kept fueling his inspiration to rap more and more.

Fast forward to now, Stevo The Rapper has accomplished quite a few accolades already. He has successfully moved out of his impoverished town of Irvington and continues to make music. The rapper is releasing content consistently and has developed a loyal fan base to support him. Producers from other countries have also taken notice as now he works with people from Russia, Netherlands, and the UK just to name a few.

Recording, releasing, and performing music is something not many find possible coming from where Stevo the Rapper came from. Stevo The Rapper however seems to be different and has taken on the challenge. Through all the trials and victories, it seems Stevo the Rapper is just getting started and has much more to come.