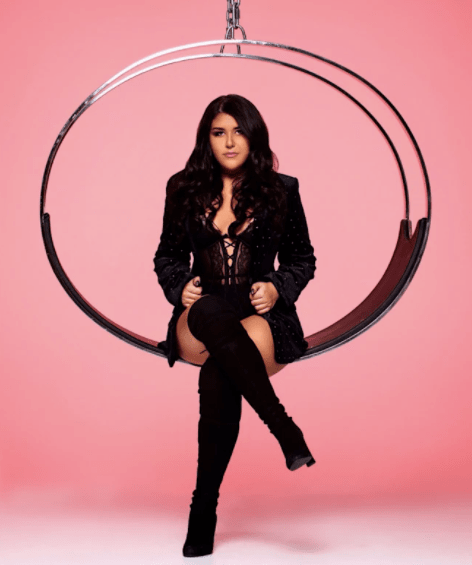 From Long Island, New York, Megan Diaz, professionally known as Megan Alyssa is a 22-year-old creator, dancer, singer, and songwriter that has burst onto the music scene with her Pop/R&B style music. Megan Alyssa has already scored collaborations with huge name artists like multi-platinum artist Rich The Kid on her song “No Shame” and Blackway who’s song “What’s Up Danger” was featured in the Oscar winning film Spider-Man: Into the Spider-Verse. Impressively so, this talented creator released her debut single only just over a year ago.

Growing up, music was always Megan Alyssa’s dream and has been a part of her life since the very beginning. At the age of only three years old, she took up learning the piano and later picked up the violin and flute. So talented, she was recognized by The New York State School Music Association and was selected to perform at an All County Music Festival at ten years old. Every step along the way she was singing and perfecting her vocals which she put on display during high school with YouTube videos and GarageBand recordings. After high school, Megan Alyssa went to college at The University of Miami, but as a junior she decided to drop everything and pursue her dream as a singer.

Megan Alyssa released her first ever single back in February of 2019 titled “Like That” which has currently been streamed over a quarter million times on Spotify. Since then, she released a song along with a music video featuring Rich The Kid and her first EP titled “Hit My Line” back in March. Her song, “No Shame,” featuring Rich The Kid has been streamed 130k times on Spotify and the single even landed her on a billboard in Times Square.

The multitalented creator has had a short musical career but has seen enormous success and her future outlook is great. Megan Alyssa has several songs that are ready to be released for her fans, one of which she collaborated with the Electronic Music Producer, JSTEF. Megan Alyssa has the looks of a very bright future of stardom ahead of her.