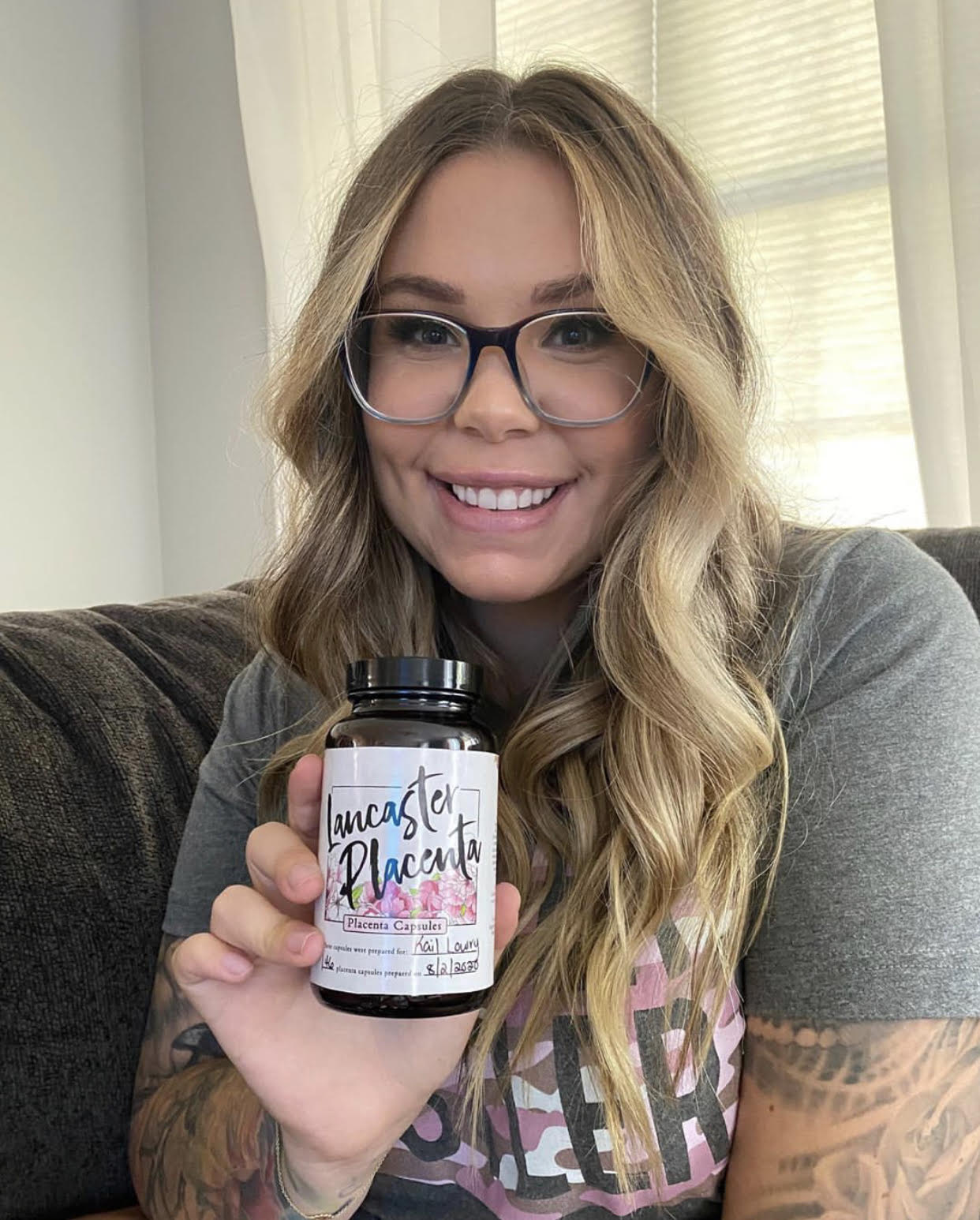 While placenta encapsulation is not an entirely new practice, Kail Lowry, star of Teen Mom 2, recently made headlines when she embraced the approach after giving birth to her fourth child, Creed.

In early September, Callie Landis, founder of Lancaster Placenta Company,  set out to help Lowry prepare her placenta for encapsulation at Lowry’s sprawling property near Middletown, Delaware. In a tastefully informative YouTube video designed that day, Landis does an exceptional job showcasing the event by walking the audience through every step of the fascinating process. The documentation’s genuine tone is enhanced by witnessing Lowry’s family members and friends go about ‘life a usual’ in the background.

Landis says that not too far in the past, women who wanted to save their placenta for encapsulation relied on self-research and kitchen table preparation. She can attest to this method, because she was one of those moms. Amazed by the effects she felt from her placenta capsules, it became Landis’s mission to found the Lancaster Placenta Company. Now that she’s accomplished that mission, Landis provides an incredible service for others who want a natural remedy for a long list of postpartum ailments.

According to the Independent Placenta Encapsulation Network, human consumption of the placenta after birth is a practice that can be traced back to China in the16th century. But this practice was primarily abandoned in modern times, until revived in the 1980s when women became reintroduced to its health benefits.

Back at Lowry’s home, Landis begins the video by stressing the importance of having a sanitary workstation and proper PPE. She also puts sanitation at the forefront at her facility, where she and her team clean, process, and prepare placenta powder capsules from online orders. From stainless steel sinks and commercial dehydration systems to following OSHA Protocol and Universal Precautions, Landis knows cleanliness and safety are on the minds of every mother and family who decide to utilize her facility.

Opening in 2017, The Lancaster Placenta Company has offered a safer and less stressful option for placenta encapsulation. Landis knows being a new mother — whether it’s your first child or your fourth — is exhausting, and there are never enough hours in the day. She also knows that preparing your own placenta capsules might seem like a wonderful idea initially. However, once you are smack dab in the moment, you begin to realize your ‘pregnancy ambition’ was in overdrive. But now, your ‘new mother’ ambition is stalled. Landis says, “We strive to be the pioneer in the placenta encapsulation industry by consistently raising the standard, rather than stay stagnant with outdated protocols and procedures in an unregulated industry.” And it’s Landis’s reputation, passion, and experience that led Kail Lowry to her services.

Lowry says the whole process was fascinating, and she gives Landis a “10 out of 10.” The services Lowry took advantage of include: getting an imprint made of her placenta, a fresh fruit and placenta smoothie, and, of course, having the capsules made. A standard Lancaster Placenta Company encapsulation package costs about $279.

The health benefits of placenta encapsulation continue to make headlines. Moms using this process say they have more energy, and they feel they are back on their feet and into a routine faster than without this natural healer. The effects of consuming the placenta are also said to ward off or ease new motherhood’s ugly side – depression. One thing is for sure, many moms are interested in a drug-free, natural way to feel better after giving birth. Placenta encapsulation might just be the answer they are seeking.

Since 2017, Lancaster Placenta Company has serviced over 600 placentas and continues to grow in popularity. Landis has recently expanded her products and options and made her services available nationwide. Landis says the process is rather simple. You place your order online and fill out a client information form. After this step, you receive an e-mail with detailed instructions. Landis’s employees are all certified medical couriers who retrieve the placenta and deliver it back to the facility where it is prepared. After the preparation is complete, your order will be wrapped and shipped. Depending on your location and if you choose expedited shipping, your product could arrive within one to three days.