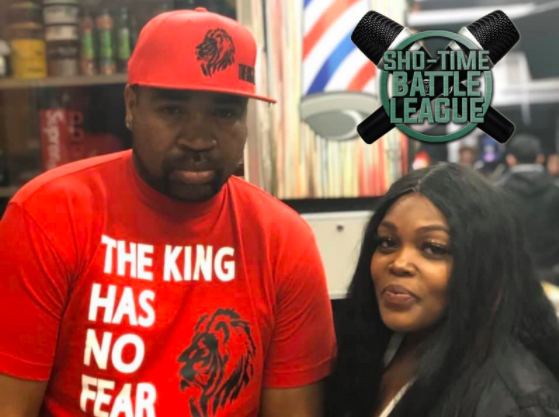 On November 7, 2020, Karine Sho-Time Thornton & SHO-TIMETV will present the Sho-Time Battle Rap League. The event is sure to provide much-needed entertainment and excitement for the year 2020, which has been defined by the current pandemic.

The past few years have seen the rise in popularity of battle rap. In particular, the online audience has shown a remarkable fascination and enjoyment for this particular type of rapping. People have always enjoyed epic grudge matches. Rapping with a wide variety of styles and energetic emcees present in battle rap have taken the public’s interest to a higher level. Although rap battles can be recorded on albums, these events are often freestyled when live. The spontaneous nature of battle rap adds to the overall excitement of the event.

SHO-TIMETV’s Sho-Time Battle Rap League will deliver epic battle rap events to an audience eager for unique and quality entertainment. On this particular night, the emcee’s energy, the crowd interactions, and the online battles will come together as a celebration of battle rap culture. The event will be held in a secret location, so interested spectators should stay updated.

Ms. Ill will be hosting the event. The Battles of the Night are the following: Tony Stanz vs. Banko, Premonitions vs. Will Porter, and Stack Daniels vs. Frankie Frank Nitti. Rap battle enthusiasts are encouraged to subscribe because SHO-TIMETV will announce more battles. “Be unstoppable” will also be present to provide media coverage for the Sho-Time Battle Rap League.

To make the event even more unique, Bx Records will be providing musical support for the event. Bx Records has been lending support to local artists for over 30 years. Up-and-coming artists in the North East have received the guidance they need to develop their craft and careers with their help. Through the years, Bx Records has worked with over 200 local and inspiring artists.

SHO-TIMETV CEO Tyrone “StudioBug” Berkel will head the much-anticipated event. Berkel has a rich background of experience in music, television, and film. Drawing from his numerous years of relevant experience, he created Sho-Time Battle Rap League to make a difference in the industry. His goal is to bring battle rap events to the public and transform it into a full-on music industry experience.

Amala Is Gaining Major Recognition From The Washington D.C. Metropolitan Area To The West Coast With “Tik Tok”