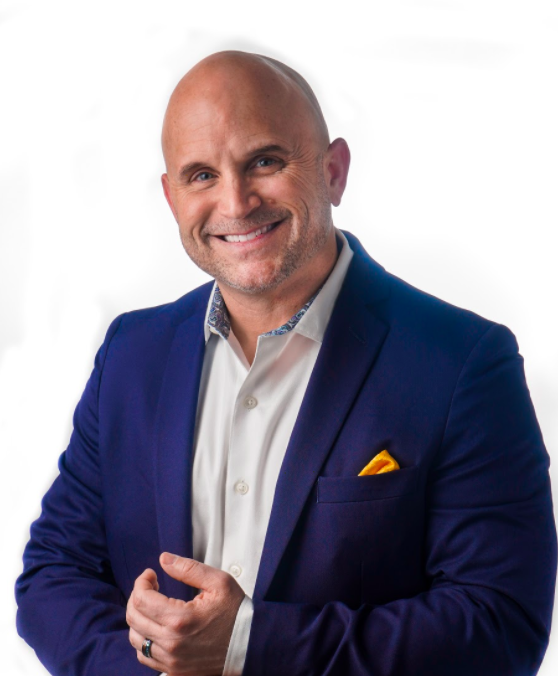 The realities of life affect people differently. Unfortunately, some people often feel stuck in life. Most of the time, it’s because they did not have a plan that worked. Stephen Scoggins knows firsthand what it’s like to be in this situation. From sleeping in a friend’s borrowed car, he has become an award-winning multi-million-dollar entrepreneur of multiple businesses, a highly sought-after motivational speaker, the author of The Journey Principles, and the creator of the proprietary Life Mastery System, affectionately known as Transform U. He has proudly taken others from stuck to unstoppable in an area of their life and business.

Stephen Scoggins is a sought-after business and life mastery expert who challenges and motivates people to break through the obstacles that stop them in their life to guide them to be who they are born to be. As a part of that endeavor, Stephen has taken over forty-three years of setbacks, failures, breakdowns, losses, successes, and comebacks and transparently uses them to provide simple yet effective step-by-step exercises to help anyone become highly successful in their own life.

Determined to associate himself with as many kinds of people as possible, Stephen Scoggins has personally worked with countless people, including notable influencers, professional athletes, pastors, entrepreneurs, C-Suite professionals to soccer moms, students, and everyone in between.

Fueled by hope, prayer, and a second-chance opportunity, he launched an approaching-nine-figure construction company at twenty-two while sleeping in a borrowed friend’s car.

Since then, Stephen Scoggins has been determined to pay it forward, creating The Journey Principles Institute, an organization dedicated toward helping others experience freedom, taking them from being stuck to unstoppable in the areas of life and business.

His deep faith has led the way for him to inspire and motivate others to do the same. He has been the host of the iHeart Radio show The Journey Principles with Stephen Scoggins and has been featured in numerous podcasts such as The TarHeal Traveler, EntreLeader Spotlight on DaveRamsey.com, John Lee Dumas’s Entrepreneur on Fire, CEOs to Know, The Conscious Millionaire, Steve Noble Show, Front Row Factor with Jon Vroman, EntreLeadership, and many more. He has also been interviewed on NBC and CBS. Stephen Scoggins is a proud member of the National Speakers Association, and he was the featured keynote at the Seymour Johnson Air Force Base National Day of Prayer and has frequented many stages nationally.

Through Journey Principles, Stephen Scoggins walks others through the process of their life or business transformation. As someone who has built multiple eight- and close-to-nine-figure companies from scratch and suffered a great deal to get to where he is, he can credibly talk about the heart of the matter. Because of his experience, he is less interested in the platform as much as he is in his impact.

As a guide, Stephen makes sure he breaks things down to a step-by-step process. This ability sets him apart from other mainstay influencers who work hard to make a difference but focus on the high-level concepts that most people find hard to follow and implement.

Stephen’s motivation comes from his goal to give second chances to as many people as possible, as someone who was mentored and given the same chance himself when he felt he did not deserve it. “I discovered a long time ago that the greatest purpose in life is serving the person you used to be. And it’s time for me to serve at scale,” he said.

Stephen Scoggins resides with his beautiful wife, Karen, their two active teenage sons, Justin and Tyler, and their pit bull mix rescue, Capone. His daughter, Melanie, and adorable grandson, Jason, are nearby, all residing in greater Raleigh, North Carolina.

No More ‘What If?’ – Pauly Long Teaches A Present And Active Mindset

Meaning of Mine: Young Entrepreneurs Out to Effect Change through Fashion