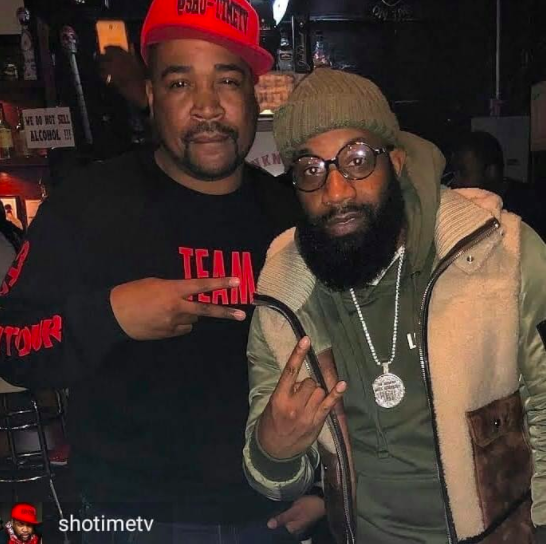 From meeting legends to becoming one of the most looked-after legends in the rap battle industry, Karine “Sho-Time” Thornton is truly an unstoppable force. Still, he remains rooted in his beginnings while pursuing his dream of influencing the rap culture in the global landscape.

During his early days in the industry in 2011, Karine followed the journey of Smack White, the owner of the infamous URL (Ultimate Rap League). He listened to his music and owned every single one of the artist’s DVDs to ever hit the shelves. Karine was his genuine and ultimate fan. After quite some time, Smack took notice of his efforts and talents. Karine scored various interviews, co-signs, and support from Smack’s company.

Today, Karine is the owner of ShoTimeTV, a rapidly growing digital platform inspired by URL (Ultimate Rap League). Karine’s media company provides diverse and quality materials and footage of the most epic rap battles ever done. It also covers stories that would be of interest to hip-hop, R&B, soul, pop, rock, and techno fans, as well as other music lovers worldwide. ShoTimeTV is quick to feature stories and celebrated rap events everywhere. The platform is also recognized for supporting upcoming artists to build their careers by providing them with the necessary exposure.

Since its founding in 2015, ShoTimeTV has received the support of Smack White. Together with URL (Ultimate Rap League), the platform has reached wider audiences globally and has strategically gained its status in the industry. What began as Karine’s effort to interview global rappers and build relationships with top-tier artists has resulted in one of the most successful battle rap avenues today. Even with the immense success he is experiencing, Karine remains one of Smack’s biggest fans and is in awe of his entrepreneurial expertise.

Asked why he chose such an industry, Karine answered that one has to be a genuine fan of the culture and has to understand the ropes of battle rap to excel, two characteristics that he naturally possesses. Furthermore, Karine will stop at nothing to be one of the greatest and valued voices in contributing to the advancement of rap battle cultures. He aims to inspire upcoming artists to work hard to leave their distinct mark in the industry.

Besides influencing the rap landscape, Karine shares that he does what he does for his family. “I wanted to be a living legend and show my daughters that they can be great,” he said. Karine also remarked that he is making his mother, Bernadine Coleman, proud of chasing after what makes him happy.

Karine was born in the Bronx with an apparent passion for art. He has worked with some of the industry’s most prominent companies, including Def Jam, Sony, and Universal Records. Simultaneously, his works have been aired on various radio networks and have been featured in many platforms for his work ethic and dynamic actions in shaping the world of rap battles.

Rap battles continue to grow stronger, even amid the pandemic. More artists and platforms are mushrooming every day to change the course of the music industry and create a lasting legacy. Amid it all, Karine and ShoTimeTV stand at the forefront of the powerful movement.

To learn more about Karine “Sho-Time” Thornton and ShoTimeTV, visit their website.