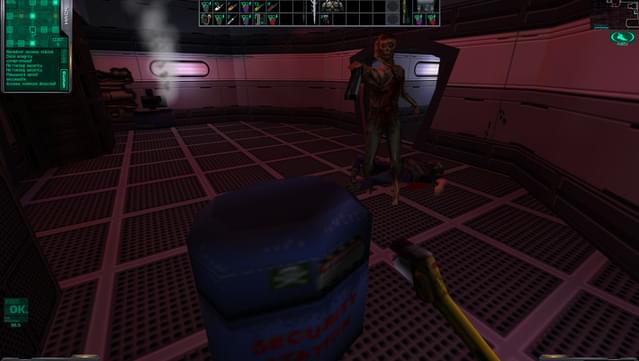 Recently Nightdive Studios made an announcement where they expressed their plans to very soon release a remaster of their old time classic first-person horror RPG System Shock 2.

As of now no one is aware of any concrete details about the release window of the classic remaster. Even the pricing and platforms for that matter is unknown as yet.  But the fact is that the company has a history of working on remastering old games for modern systems. So there is no doubt for this new release to be launched.

System Shock 2 is a classic from the 90s. So when Nightdive Studios announced the System Shock 2, the gamers from 90s era are definitely looking forward for its return. It plays a big role in creating the genre we now refer to as the Immersive Sim. This game takes place entirely on a derelict space station where the player character is pitted against a homicidal AI with a severe god complex SHODAN. Then SHODAN further goes on to define the archetype to such an extent that even GlaDOS is seen tracing her lineage back to SHODAN.

Today the graphics of System Shock 2 are generously described as aged. In spite of this label System Shock 2 still retains a lot of its horror trappings even now. The users are still exploring and trying to figure out what exactly happens to the crew of the Von Braun.

It has been observed that the System Shock series has never really seen commercial success.  A large part of it is owed to contemporary games of the time like System Shock 2 released against the groundbreaking Half-Life. Irrespective of such hurdles the franchise has definitely left an enduring legacy which can even be seen in BioShock.

One can pick both the original System Shock and its remaster from GOG.com for $9.99 each.