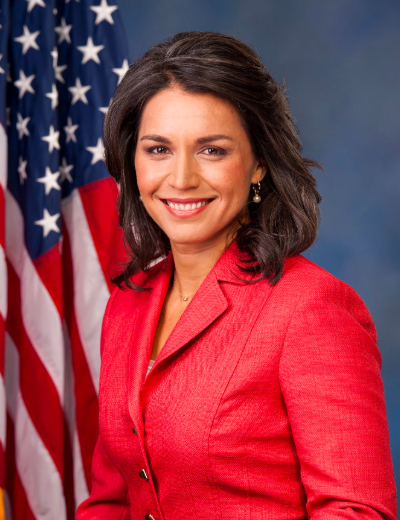 First Hindu member of the US Congress and Democratic Presidential aspirant Tulsi Gabbard is taking 2 weeks off from the election campaign. The elections are in 2020. And Gabbard has announced that she will leave the campaign for 2 weeks of training in Indonesia that involves counter- terrorism too.

Gabbard said that she knows she isn’t expected to leave the campaign at the moment and she understands how amazed the people are. But she says she loves her country and wants to serve the country in every way including a soldier. So she wants to go to the joint training mission in Indonesia. Gabbard is in fact looking forward to join her colleagues in learning how to combat terrorism and disaster response. She said, “Some people are telling me, like gosh this is a terrible time to leave the campaign, can’t you find a way out of it? You know that’s not what this is about. I’m not really thinking about how this will impact my campaign. I’m looking forward to being able to fulfill my service and my responsibility.”

Gabbard is the first practising Hindu of Asian, Polynesian, and Caucasian descent to run Presidential elections. She is one of the 20 Democratic presidential aspirants in the race to challenge current president Donal Trump in 2020 elections.

This isn’t the first time Gabbard is taking time off for training. She was a part of active service in 2017 too. She also served in the Hawaii Army National Guard in Iraq from 2004 to 2005. She served a second deployment in Kuwait in 2008 and 2009. She worked with the Kuwaiti Army.