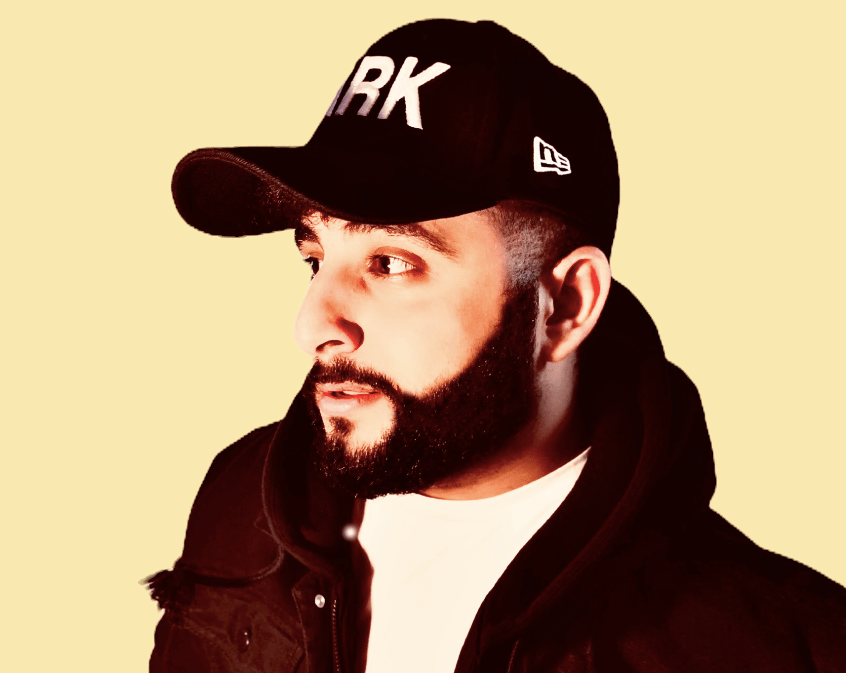 Mojomora, Ahmed Alamri, has been taking risks his entire life. In 2012, after social networks started merging onto mobile devices, Mojomora decided to launch a location based social network for iPhone called ‘Trickle’ (50,000 downloads).

Then, after filing his first company trademarks, Mojomora decided to go to law school and learn how he can legally protect his businesses.

During his time in law school, Mojomora would launch several design businesses for companies in the Downtown San Diego area. From business cards, promotional flyers, full-scale websites, clothing brands and law firms; Mojomora would work alongside some of the best industry professionals in the business before deciding to launch media conglomerate ‘DARK.’

“Start small. You don’t have to try and solve world hunger on your first run. Pick a niche, learn everything there is about it, then locate the problem.”

Mojomora would encounter clients of his who would express difficulty in obtaining exposure and press from legitimate sources. After working with a few clients of his and referring them out to some of his friends in media, he decided to launch his own platform made up of media professionals.

He started with just 10 clients he knew very well and started promoting them for free on his platform. In just 9 months time, Mojomora grew his platform into 70,000 site subscribers with over 400 clients.

“Essentially, ‘DARK Magazine’ is only the first puzzle piece to the media company that is ‘DARK.’ There is so much more coming and I can assure you it doesn’t just end with our Magazine.”

After launching in March 2020, Mojomora has already turned DARK into a magazine, a public relations firm, a graphic design business, a podcast, and clothing brand. A lot goes on with DARK behind the scenes being the perfectionist that Mojomora is; but just like he says ‘great things take time.’

“Stay true to your gut; never alienate your vision based on someone else’s view of the world. People can sometimes deter your mission by saying things like ‘But how are you going to make money’ or ‘Try being more like so and so.’

Mojomora encourages people to stick to their gut; He understands that visions can sometimes change but you should ultimately make that final decision when it comes to your startup.

‘Create In The Dark’

“The best work you’ll ever put out is the work you created purely by yourself. I know how difficult it is to hold onto something you really want to present to the world. But take the time necessary to make it perfect. Don’t put something out that you aren’t 150% happy with. Take the time, it shows.”

Mojomora has tons of plans for DARK, things that only a few people in his inner circle have seen. It seems to be the recipe for his success and actually the meaning behind the company’s name. He believes that pure creative focus happens behind the scenes, in solitude, or in the dark.

“Feelings are transferable. I can’t stress how important it is for you to actually love your hustle. Incapsulating a feeling or vibe and being able to transfer that to hundreds, thousands, or millions is magic. Chase that goal relentlessly.”

There is no doubt that Mojomora loves creating. He was certainly born to create and share his ideas with the world. He’s very skilled at assessing a concept and making it fit perfectly in today’s world.

Mojomora is skilled in the law, understands business, an advocate for creative ideas, an immaculate designer, and one of the most passionate creatives I’ve ever interviewed.

Mojomora is the embodiment of a true entrepreneur.

Life Insurance Can Be Purchased At Any Age