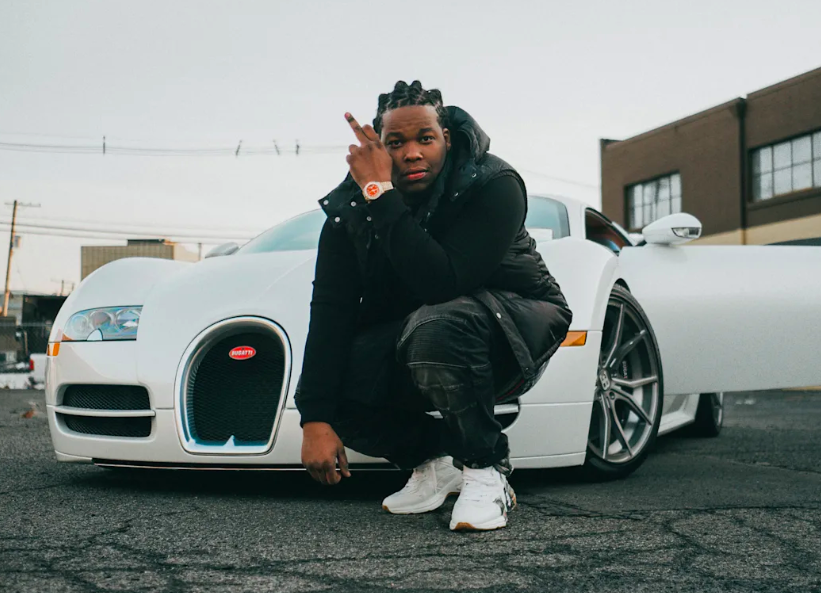 We all know how influential money can be today, and like they say, “Money makes the world go around.”  Along these lines, if you’re an A-lister in rap music, it’s easy to flaunt all the blings and wealth. You earn plenty of Benjamin’s for fancy kinds of stuff like private jets and cars to be yours for the taking. It’s all part of the pluses of being famous.  I remember a wise friend of mine told me that “Money cannot buy happiness, but it’s better to cry in a Lamborghini.” Ha-ha! What a great way to start the season.

Discussing rappers with some severe and expensive taste, let’s look at the First Haitian American Rapper to have a video shoot with a Bugatti! Did you hear me say A Bugatti? Yes, you heard me right.

According to the record we have so far, this is one of the most expensive music videos from a Haitian American Rapper ever. The music video captures the chronicles and narratives of growing up in the hood with a touch of extravagance. It additionally gives a feeling of inspiration and hopes that regardless of where you originate from, you should always keep your spirit high because one day, you’ll make it to the billboards.

Mig Arogan is no stranger to an extravagant lifestyle. But in the making of “The man of the year “ music video , we think the ‘Haitian American’ hitmaker spent so much on cars , jewelry, and clothes. Surprisingly, Mig shocked the world with the new Bugatti, which has left numerous questions on the minds of his fans.  Did Mig purchase the $3.7 million dollar beast, or did he rent one?

Mig has spent money on lots of things. In the explicit video, he can be seen parading flashy jewelry on his neck and including how he was able to afford the best and the most prominent Music video director in the Haitian industry. I’m talking about nobody else than the ‘legendary, DramaFLS that cook up some of the videos that record may take decades to break.

Here, it’s evident that rappers love to outdo each other. From the time of Blac Youngsta to Method Man, Mig Arogan to Wyclef Jean—rappers have consistently spent lavishing millions on expensive cars, jewelry, and on road trips. However, who claims the throne of having introduced, the most expensive car in their music videos?

Well, whatever the answer to that question is, I have to bring to your notice that the least Bugatti cost at least $25k a day to lease, excluding insurance and deposits. Whoosh! That’s enough money to buy a brand new Camry 2020 with three months of gas.