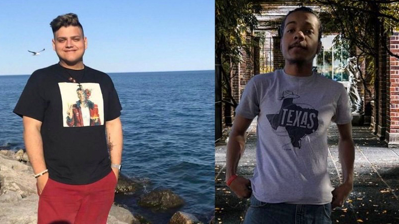 Life is what we make of it — or at least that’s what I’ve been told.

Some flourish and find success while others hold cardboard signs on various street corners across the world.

We only accomplish the things we viciously set out to do.

Arteaga and Delgado would say that if you don’t have the gumption to set hard to meet goals, stick to them with extreme fiercely, be consistent and rise above failures (because they will happen), then you probably should even try.

Many people try, but most are not cut out to be entrepreneurs, influencers or in Arteaga and Delgado’s case, massive online gaming leaders via eRa Eternity where they have over 200,000 followers on Twitter and 159,000 subscribers on YouTube.

I came across eRa Eternity a few months back as I was playing the beta for the new Call of Duty game. There was no doubt that this game was going to take up a lot of my time because to be frank, “it was FREAKING AWESOME.”

This realization got me thinking

These questions alone led me to Alex Arteaga and Brandon Delgado, who are the founders of eRa Eternity and it appeared that they had done all of the leg work for me.

After a few weeks of digging deeper into all that eRa Eternity had to offer by following them, watching their videos and getting really excited about the possibilities and the extreme heights I could achieve under their wings, I decided to reach out.

As a gamer, writer and entrepreneur myself, I wanted to know how they were able to build this massive gaming empire, secure partnership with the most well known gaming companies in the world and how they are able to keep such a large following entertained an loyal in such a competitive field.

It didn’t take me long to see that Arteaga and Delgado were different than most “so called” famous influencers across the internet today. They were the real day.

“It’s all about our current, future and past followers. Everything we have done are doing or will do is for their benefit. Sure, we want to make a living, but we want everyone we come in contact with to leave better then when they showed up. Some people want to learn, some want to be part of a community and some want to make money, so we do everything within our power to ensure that each person gets exactly what they want. That’s why people don’t leave, it’s the reason they tell their friends and it how we built eRa Eternity to what it is today.”

That was all I need to hear. I knew I was in the right place; I immediately saw why Arteaga and Delgado had become highly regarded gaming influencers through eRa Eternity and I also knew that these guys are just getting started.

Takeaways for the reader

First, for those of you who are gamers, don’t go another day without checking out Arteaga and Delgado at eRa Eternity on Twitter and YouTube. They might just give you an entirely new perspective on gaming and who knows, you might even end up earning some extra cash at some point.

Entrepreneur’s please read this article a few times as Arteaga and Delgado have this influencer thing on lock down. Each of us could learn a few things from them. Mainly that no one really cares about us, they care about what we can do for them.

So, for all of you out there that strive to be influences like Arteaga and Delgado or want to start and build a massive empire like eRa Eternity, figure out who your target followers are and see what you can do for them. Teach them, mentor them and if possible, help them earn money. If you can do that, you might just have a chance to reach of status of Arteaga and Delgado, the geniuses behind eRa Eternity