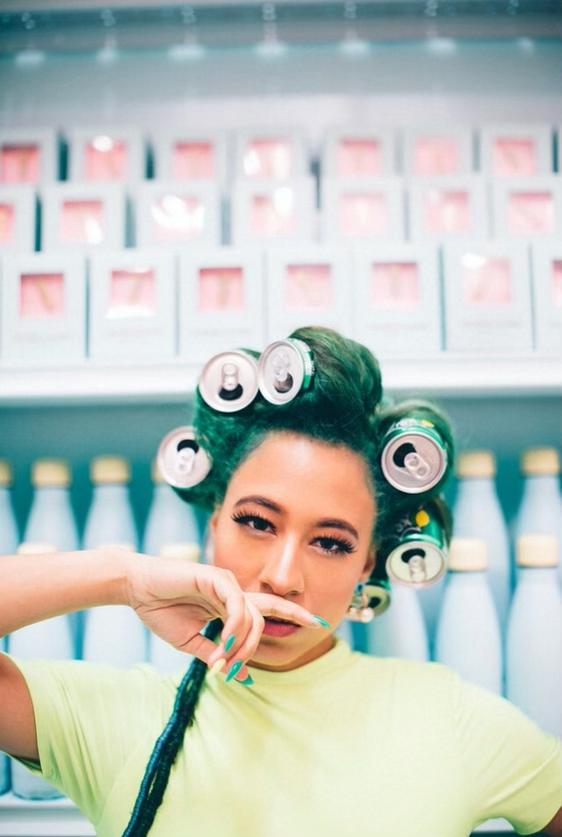 Lizzy Ashliegh is a vivacious singer and songwriter from Brooklyn, New York. She also directs all of her own music videos and uses her gifts to channel creativity on a regular basis. Lizzy states that she is an avid promoter of peace and positive energy. She even considers herself to be somewhat of a hippie as the common theme in her music is simply good vibes. The artist can be seen stealing the show in her social media posts which showcase her bright green hair color. Lizzy explains that in high school she dyed her hair red, similarly to the artist Rihanna, but when she noticed everyone around her beginning to dye their hair red as well she was determined to try something different. To Lizzy, the adoption of her green hair color symbolizes an exotic woman who is both courageous and adventurous.

Lizzy mentions that life for her is far from always being carefree. She has no real connection to her biological family and was adopted at an early age. Lizzy claims to be a fan of the series “Euphoria,” and an episode involving Zendaya’s character was extremely heart-wrenching for her (viewers of “Euphoria” may want to skip ahead to the last sentence of this article to avoid spoilers). In “Euphoria,” Zendaya’s character faces a drug addiction problem. It seems apparent that the character could have survived if she had acknowledged the love that was being offered by her sister; however, viewers learn in a flash back sequence that it is too late and the character has already died from a drug overdose. Lizzy explains that the episode was distressing for her because it brought her to the conclusion that the source of most people’s anguish is a lack of love. If Zendaya’s character noticed the love being offered from her family member then she could have rejected the final drug use. As someone who was raised without the traditional family structure, Lizzy understands how it feels to be devoid of love. Regardless, Lizzy is an advocate for remaining strong-willed, and she is a survivor.

Fenzrir: The Bronx Artist at the Forefront of Rock-Rap Exploration