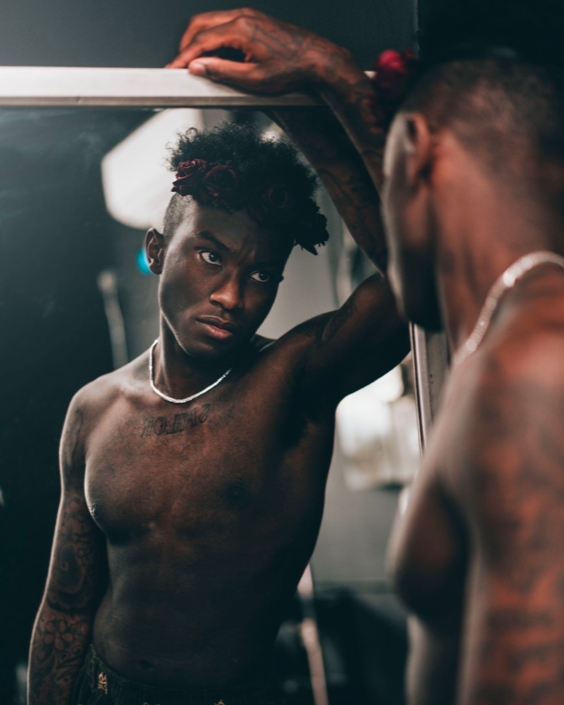 Originally born in Summerville, South Carolina, male model Joy R. Richardson has been taking a unique approach to the art of modeling. As an aspiring actor, fashion model, and designer, Joy R. Richardson says his passion for modeling stems from his ability to tap into his female energies.

At a first read, that might sound a little strange, but once broken down, it really is far from just that. In the profession of modeling, it is common for males to act manly and righteous while taking pictures. And while both female and male models should be equally respected, Richardson is really enamored by the power of females and their approach to the profession.

“When I think of modeling, I of course pay homage to both male and female models and actors, but the first thing that comes to mind is how powerful women are when it comes to making modeling one of the loveliest arts,” said Richardson. “I want to be able to show other males around me that love for these things does not define sexuality in any way.”

Expressing personal style on social media hasn’t always been easy for Richardson. People who he once thought were friends have called him a “homosexual” because of the way he expresses himself.

Richardson is actively encouraging his peers to look beyond cultural norms. “Men will never reach the next level in life without tapping into their feminine energies,” said Richardson. “I want to spend a career highlighting that art has no gender, and people should highlight what they personally love through their art without persecution.

Currently residing in sunny California, Richardson has big plans for his future. He’s currently working on getting signed by a modeling agency while also hoping to land a role as an actor in a Hollywood film.