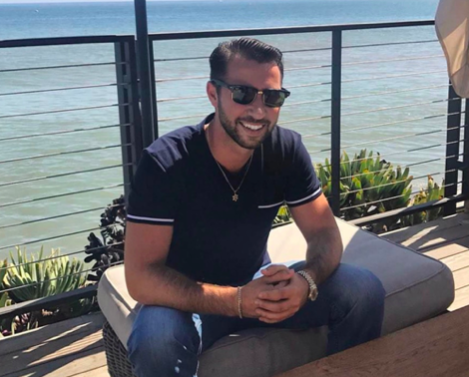 Succeeding in the music world is not simple. Hundreds of artists enter the industry with hopes in their hearts, huge expectations in their minds, and big dreams in their eyes. Out of these, only a few people get a chance to show their talent to the world.

Is it because the others are not talented enough? Or is it because they are not passionate enough? Success in the music industry today is not only dependent on exquisiteness or impact of soothing voices, or about the lyrics; it is more about luck. While skills, passion, and determination contribute to one’s success, but landing on the first gig of the career is the hardest.

Aspiring musicians who enter the market without having a strong background, or without any references, have to struggle to get an opportunity. It is the harsh truth, which the world has to accept. It is not about people who do not care about talent; it is because the industry is too saturated.

The rapidly increasing influx of musicians makes it impossible for music labels or producers to test each and every person. Due to the saturation of the market, true talent is lost, and shinning stars lose their glow.

Jonathan Jakubow, professionally known as John Jay, the founder of the well-known music label, “Independent Hits,” states, “Being a music artist myself, I understand what struggling musicians have to go through. I have seen super-talented artists being hopeless to the point that makes them think they are not good enough. This feeling can kill talent. There are hundreds of artists that have the potential of becoming top stars, but lack of opportunities leads to a lot of precious talent go to waste.”

John Jay, who is a well-reputed Pop and R&B artist, is trying to change the course of how the industry works. He is determined to bring a change in the sector by helping underrated and aspiring artists get the recognition they deserve. He is one of the biggest supporters of talent, and he cannot let the industry be deprived of it just because it’s ‘too’ saturated.

His music label, Independent Hits, was founded with an aim to provide a platform for young and passionate artists where they can make music. John Jay discussed the concept of his music label, “I realized there were so many underrated and talented artists that had no help in the promotion or gaining visibility; thus, was how my label Independent Hits came to life.”

A Childhood Dreamer Building his Passion

John Jay, who the world knows as a top star in the Pop and R&B industry, was born in Long Island, New York, on February 24, 1987. His family relocated to Miami just a few years after he was born. Therefore, the young boy was raised in Miami, a city full of life.

In Miami, he attended the Michael Krop Senior High and then went to Miami Dade College to complete his education. However, the love for music in the heart of this boy was there since he was just nine years old. It was at this time that John Jay started playing the piano while playing and producing classical music. The childhood dreamer was supported by his friends and family, who highly acknowledged and appreciated the talent the passionate John was living with.

He wanted to succeed, and he had found his true purpose in life, to create captivating music for the entire world. Moreover, Mami’s vibrant life added to his determination, and he was certain that this is what he wanted to do, write, play, and produce music.

A Close Encounter with the Truth

When John Jay stepped into the music sector, he was not aware of what was coming to him, but he was prepared. The young boy who was in love with two unique music genres, EDM and R&B, wanted to merge them and create something powerful for the world.

Even though he was high on passion and energy, he did not know about the struggles that were coming his way. At the initial stage, none of the artists or music labels were willing to work with him. He was new and unknown in the world of music.

After being rejected and being left without any hopes, John decided to take the matters into his hand. He started his own music label, dedicated to artists like him. He knew he was not alone, and he did not want true talent to be lost.

He talks about his early days in the industry, “At first no artists wanted to work with me since I was new, so I built my own platform and let all of the artists who needed help to come to me.” Setting up a music record came with its own challenges.

He founded Independent Hits in 2016. However, the response was slow, but his efforts turned out to be fruitful when he started getting a submission from young artists. The purpose of the label was the promotion of talent that often passes under the radar and departs without being noticed. John clearly defines the aim of his music label, “We help promote music that was new and undiscovered to audiences that those artists would have never seen or be able to get in front of. “

By helping hundreds of aspiring artists through his label, John Jay was able to establish Independent Hits as a prominent entity in the music world. in words of John Jay, “It then grew into one of the largest playlist networks, with competitors like Digster and Filtr.” His music label began to receive numerous requests and submission from well-known and well-reputed artists.

John Jay’s lifelong dream was to become an artist. After the success of his music label, things started going downhill for this passionate individual. He released his single, “Best Life,” on October 3, 2019. In the same year, he released four other singles, including “So Numb,” “Run,” and “Bring That Close,” in November and “Lowkey” in December.

The start of the new decade was marked by his album, “Jaded,” that was released on January 24, 2020. The album comprised of nine songs. In addition to this, he released a single in the same month, “Don’t Fade Away,” followed by three collaborative projects including “Lifetime” featuring Courtney Bennet in April, “Back to You” again with Courtney Bennet in May, and “Eastside” in June, featuring Kyan Palmer.

Independent hits are at present, one of the largest playlist networks and label with a growing music catalog. It has over 200+ playlists, 10+ million Spotify followers, and 6 million monthly listeners. The genres that the music label produces include POP, R&B, Hip hop, Electronic, Lofi, and Chill.  John Jay has worked with artists such as Jean Deaux, Jahkoy, NEVERMIND, Zayn & Bazzi, and Khalid. Both his music label and his music career are reaching towards success in the music world. He helped his fellow artists fulfill their dreams, which ultimately led him to his success!

Di Higrade – Maybe 2016 was the Last You Heard of the World’s Favorite Afrobeat/Dancehall Artist, But He’s Back!