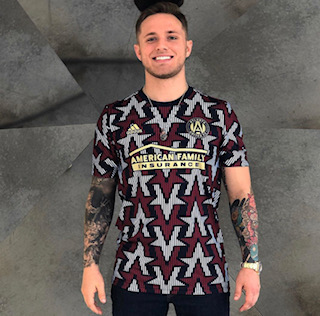 In regards to the Roofing business (A&W Contracting Inc) that Wills’ dad left behind, he didn’t really have much of a choice. Wills’ father had poured his heart and soul into the business for over 25 years before unexpectedly passing away. The first couple of years that followed after his passing, Wills says he didn’t step up as he should have. He didn’t realize his potential and just shut down completely.

He became very depressed and found himself to be at his lowest point and didn’t know how to fix that or bounce back. He turned to the easy solution, alcohol & drugs. He would party daily just to numb the pain. He wanted to feel better. He wanted to be happy for the first time in a while and it did just that, temporarily. For a few years, he indulged in this lifestyle despite his friends and family being deeply concerned about his well being. He just didn’t care anymore, he had lost his favorite person in the world and there was no way he would ever live up to his father’s expectations. He was care-free and just wanted his depression to vanish.

He pulled himself up and got better, he beat the addiction and is now a healthy working man. When Wills began to really apply himself to all that he did, he started finding the drive that he needed to start fulfilling the void his father left behind. Wills works alongside his incredible board of directors each day to make the best decisions possible for the company’s future. Some of the company’s workers have been around for 15 and 20 years and are always there to help him when needed. Having such amazing people to rely on really helped him push through leading the company to success.

Wills says that his business is unique because he puts a much bigger value on building great relationships than he does over just making big profits. Wills sees that the value in building a strong business is directly correlated with the strength of those relationships from the very people that helped you along the way. Wills sees his judgment in sacrificing some margin of profit to acquire and foster meaningful relationships with someone capable of taking your game to the next level as a powerful characteristic. This, for him, is very important for long term success.

“I’ve always had the long-held belief that if you go out of your way for people and overdeliver, it comes back tenfold one way or another,” Wills said.

Wills believes that the more you can overdeliver to not only yourself, but to others also, the higher quality your relationships will become.

He came to realize that he inherited mass amounts of responsibility and that he has to be at the top of his game at all times to allow for the relationship to run smoothly.

Mindset is everything and he believes it is by far his greatest asset. He stays self-aware and follows a daily routine to keep everything flowing smoothly.

His most current projects include investing in Real Estate, as he’s been fascinated with the industry ever since he was just a young boy. He used to build tall buildings with lego’s growing up and this led to his new-found passion. He also spends most of his time reading to learn new ideas, including tons about Real Estate as you can never know too much.

Wills’ biggest accomplishment to date is his battle with addiction and how he was able to overcome this for himself and his business. Once he realized he was capable he pushed forward in bringing him and his team to the top. Follow @thedevinwills