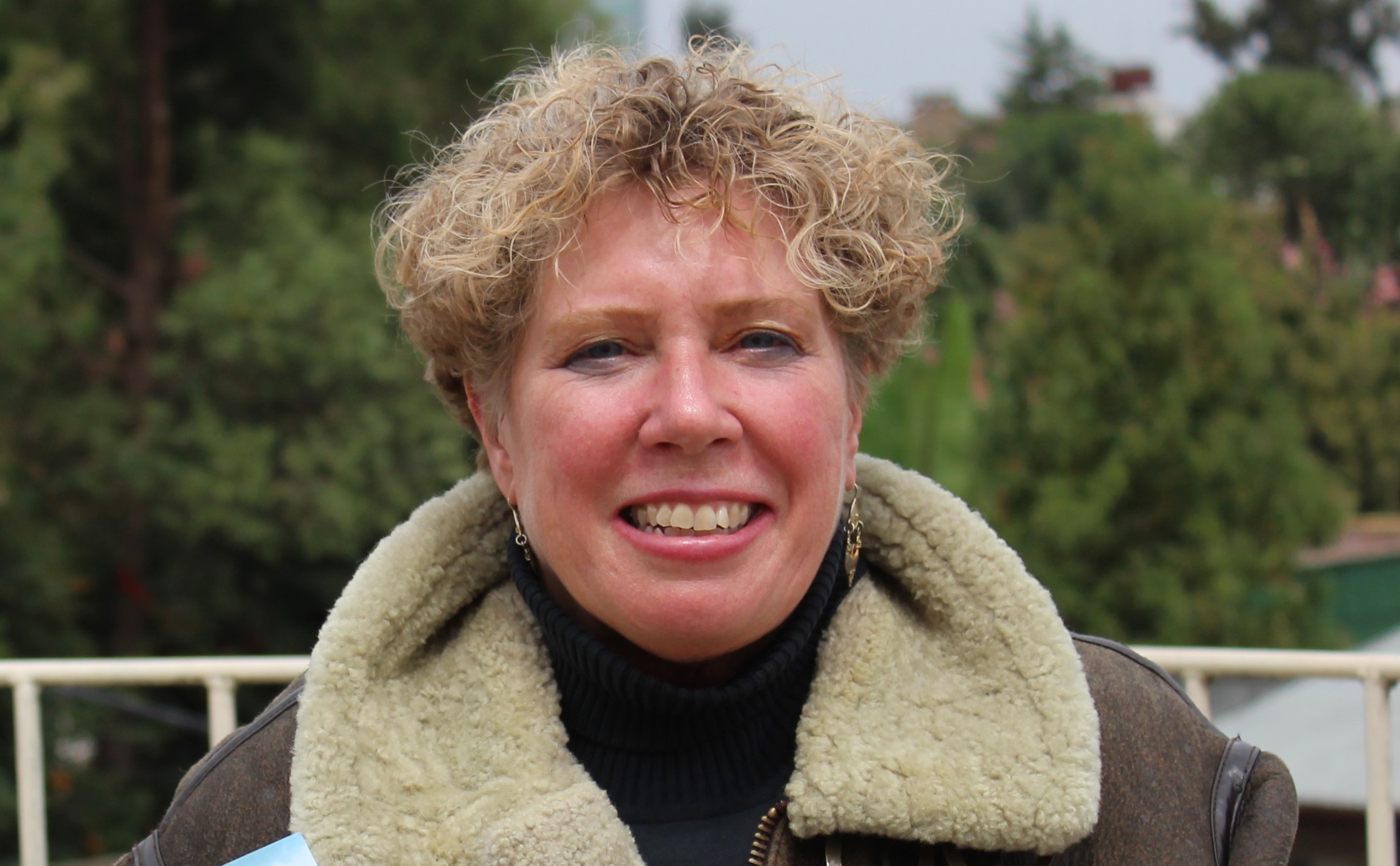 ‘Where Eagles Never Flew: A Battle of Britain Novel’ has sparked a tremendous amount of conversation in literary circles, in the news, and on social media streams in a very good way. Helena P. Schrader wrote a book that is groundbreaking in how it brings the Battle of Britain to life, drawing readers in with compelling characters, unparalleled passion and a fascinating plot.

‘Where Eagles Never Flew: A Battle of Britain Novel’ is a totally immersive experience for readers, making it the must read book of this season. We were thrilled that this intriguing writer found some time to chat with us about her work, and what’s coming next.

Three factors make the Battle of Britain such an attractive topic for novelists — and not just me!

First, it was a politically decisive battle at a critically important moment in history. Winston Churchill claimed famously that the “fate of Christian civilization” hung upon its outcome. It is important to remember that an RAF defeat would not necessarily have led to an invasion, since the Royal Navy was still much stronger than the Kriegsmarine. However, if the RAF had been defeated, Churchill’s government would have almost certainly fallen. Lord Halifax would have become Prime Minister in his place, and Halifax wanted a negotiated settlement with Hitler. The consequences for Europe would have been disastrous. Hitler would have controlled the Continent and the United States would have remained isolationist. The Soviet Union would have had no Allies, and without any material support from the West it is doubtful whether it could have defeated the Wehrmacht. Europe might have been under Nazi dominance for decades.

The second reason the Battle of Britain is so appealing is that it was a classic David vs Goliath fight. The RAF was heavily outnumbered and widely viewed as the underdog. The Luftwaffe entered the Battle with nearly 2,000 frontline aircraft; the RAF had just 640 fighters — including those with training units. The outcome of the Battle was decided by just two dozen front-line squadrons and a few hundred pilots — supported magnificently by ground crews and led brilliantly by some of the least-appreciated strategists of WWII: Air Chief Marshal Hugh Dowding and Air Vice Marshal Keith Park.

Last but not least, the average age of RAF fighter pilots in the Battle of Britain was 20. Most were not old enough to vote. Many did not have a drivers’ license. In their youth and naivety lay an irrepressible enthusiasm for life and as yet untarnished idealism. They could at times be remarkably juvenile, immature and irresponsible, yet at other times they demonstrated mind-boggling selflessness. By the end of the Battle, young men were being thrown into combat with less than 20 hours flying time on the aircraft in which they were expected to fight. Some pilots lasted only a few hours, many more lasted only a few days. It was a highly dramatic moment in history, filled with attractive, youthful heroes, and so ideal for good fiction.

If you could meet any character in your book, and have a drink with them, who would it be and why?

Oh, you know, the idea of having a drink with any of my characters is absolutely terrifying! I’m certain that most of my characters would find me quite dull — the RAF would probably say “wet” or “humid.” Imagine being confronted by your creator and discovering she’s old, fat, near-sighted and unathletic? What a disappointment!

But if you forced me meet with one of my characters, then certainly not the self-assured glamour boys like Christian Frieherr von Feldburg or Squadron Leader Robin Priestman. I’d opt instead for someone who is himself shy and insecure like Sergeant Pilot Ginger Bowles or the modest Leutnant Geuke. Or, I might be able to have a pleasant chat with Emily Pryce, who I modelled on myself and so has common interests like history.

Speaking of characters, what is one of the keys to developing the characters in your stories?

The most critical factor in developing good characters in historical fiction is research. I don’t mean reading one general history on the Battle of Britain or seeing a couple of Hollywood films. I mean immersing yourself in an era by reading scores of biographies and more autobiographies as well as dozens of history books, watching contemporary films, documentaries, and listening to interviews with veterans of the Second World War etc.  I find the biggest problem with most historical novels is that the heroes and heroines are too modern, but if an author takes the time to submerge in a era, the characters that emerge will ring true.

Otherwise, I’d have to say that I don’t develop characters so much as discover them. I knew the roles that the characters needed to play. For example, I knew I needed one experienced pilot, Cranwell graduate, competent and confident, who could grow into a leader. I knew I needed a young, insecure pilot who could highlight the risks and dangers of just flying — let alone fighting — in this environment. I knew I wanted one aristocratic, anti-Nazi German pilot — and a likeable but politically naïve German pilot as his counterpoint. I knew I wanted to give the ground crews, women auxiliaries, and some of the “penguins” (RAF ground staff) faces and voices as well. Beyond that, however, it was more a matter of the characters introducing themselves to me and telling me what they thought and what they did. Then I had to fit the pieces together and make the story work despite the various voices competing for attention. I have always found that strong characters write a book for me. My job here was more directing than creating.

How long did it take for you to write ‘Where Eagles Never Flew: A Battle of Britain Novel’ and what were one of the challenges you faced while writing it?

How long it took to write depends how one calculates. I first conceived of the book when still in college, and I did much of the research in the intervening years. But once I sat down to write, I wrote the book in roughly one year, working weekends only. (Most of my writing-life, I have been employed full-time and was only able to work on the weekends. It wasn’t until I retired at the end of 2018 that I have been able to write full-time.) So roughly 120 days, if one doesn’t count the research which had been done in advance over more than 20 years.

The greatest challenge was balancing and controlling the different storylines. You see, from the start I didn’t want to write a book like a thousand and one other Battle of Britain novels (not to mention autobiographies and biographies) that focused on the fate of a single pilot. I wanted to go beyond that and show the German perspective, to highlight the importance of controllers and ground crews, and to give women a more active voice. I wanted to create a novel that educated the reader — in an exciting and emotionally inspiring way — about the Battle of Britain in its importance and complexity. The book isn’t just a “nice-young-pilot-falls-in-love-and-gets-killed-in-the-Summer-of-1940” book. It is about the strategic importance of the battle, the factors that contributed to success, the challenges faced, class-prejudice, poor intelligence, inadequate training, and much more. Fortunately, my main character has a wicked sense of humor and repeatedly rescues the book from becoming too serious.

Your book has been so popular I’m sure your fans can’t wait for your next one. Do you have a new book in the works?

Yes! Three — or five, depending on how you count. I’ve just about to release a collection of three novellas, Grounded Eagles, that are all tales about the RAF in WWII. Two minor characters from Where Eagles Never Flew are the protagonists of two of the novellas, while the third introduces a character from my next full-length novel, Lancaster Skipper. The latter is finished in draft and currently undergoing rigorous re-writing and editing. Finally, I plan a novel about the Berlin Airlift that will bring together characters from both Where Eagles Never Flew and Lancaster Skipper. I don’t expect that to be ready for publication until late 2022 or early 2023.

The first novella in Grounded Eagles looks at the fate of a pilot who has been burned beyond recognition and is undergoing plastic surgery. The protagonist’s challenges are compounded by the fact that he is a German Jew, whose family fled to Canada when Hitler came to power. So, in addition to the purely physical challenges associated with such severe injuries, he is also undergoing an identity crisis. The title is A Stranger in the Mirror.

The second novella, A Rose in November, is a love-story for the not-so-young that explores both falling in love later in life and contemporary class prejudices. It’s less about the RAF and WWII than the complications of love-affairs between mature adults. I think many modern readers will identify with the problems faced by a single parent in a demanding job with two teenage children.

The final novella in the trilogy, Lack of Moral Fibre, examines the fate of aircrew that refused to fly. On what should have been his 37th “op,” Flight Engineer Kit Moran refuses to participate in a raid to Berlin. He is immediately posted off his squadron for “Lacking Moral Fibre.” He lands at a mysterious DYDN center, where psychiatrist Dr Grace must determine if he needs psychiatric treatment — or disciplinary action for cowardice. Kit Moran will feature again in my next full-length novel, Lancaster Skipper.

To find out more about Helena P. Schrader and ‘Where Eagles Never Flew: A Battle of Britain Novel’ head on over to Amazon.