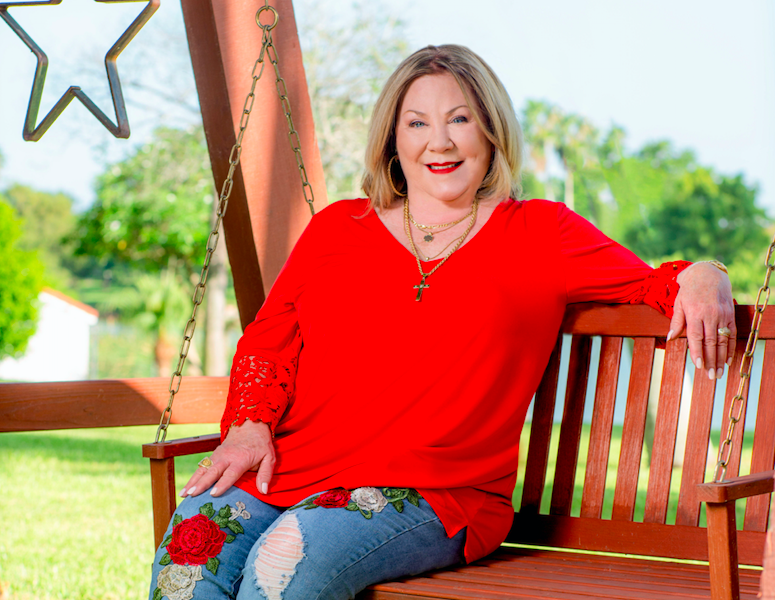 J.D. May’s book ‘Factor-7’ hit the bestseller list and left readers hungry for more, so its good news she has another book coming out. The epic reception ‘Factor-7’ received is due to the fact that it is a work of suspenseful literary art, destined to keep you enthralled from beginning to end. It hits all the sweet spots when it comes to being an amazing read, including everything from bio-weaponry, secrets, and betrayal to infidelity, and yes, redeeming love.

No doubt you want to know what this epic read is all about.’Factor-7’ presents a terrifying scenario that’s ripped from the headlines. The life of Dr. Sam Hawkins, the head trauma surgeon at Galveston’s St. Peter’s Memorial Hospital, is changed forever by the cryptic words of his dying friend, Dr. Bill Roberts, and a string of murders and blatant cover-ups that follow his demise. Sam reluctantly teams up with Dr. Rainee Arienzo, an Italian infectious disease specialist, and together they uncover the terrifying truth about ‘Factor-7’, a bio-weapon with a 98% mortality rate.

Dr. Roberts’s journal tips them off that a clandestine plot for using the virus is about to be unleashed by a secret society, the Keepers Collegium. The Collegium, an international group of rogue intelligence agents, ex-military, and government officials, has a demonic plan to use the pathogen to destroy anyone who threatens their twisted ideology.

That is enough from us. If you want to know what happens next you will have to pick up a copy of ’Factor-7’ and you won’t be sorry you did – it is the read of the season. In the meantime you can check out our rather riveting interview with J.D. May.

Talk to us about your latest book ‘Factor – 7’. It’s relevance in today’s world is amazing, but when you wrote it did you think you would have such a big impact on the world that we are living in today?

Well, as I have said before, the original manuscript was written in the early 90’s. It was about the time that there was news about Ebola, Sars and Mers. That made me consider bio weaponry, even then. I had to put that manuscript down after the death of my first husband and, then, quickly discovered I was pregnant with my one and only child, a daughter. Being a single mom took all of my time and I did not write for many years. The manuscript sat on a shelf in a closet and moved to three houses and from Houston to the Rio Grande Valley over the years.

After my daughter found it and read it during her last year in college, she convinced me to re-write it. It took several more years until I did that. Now to the present and my thoughts on the final manuscript and the ultimate ‘Factor-7’ novel. I am an avid reader of current events. It is my opinion that much happens that the general public do not know. One, is the world’s military and another is the world of science. Science is capable of much more than is perhaps ethical. There are many black budgets in all governments and those persons or groups that may not follow the rules to the letter.

So, I created a fictional story of just that. It was written and going to be published before the Covid-19 pandemic, although I mention that one or two times in the book. Much of what I write in ‘Factor-7’ is purely fiction, but with the world’s problems and the hate among humanity, for anything contrary to one’s own beliefs, has made the story plausible. The loss of being able to have an opinion and not be judged and ridiculed, and the radical factions that would kill anyone who has a difference of belief, lends credence that a group like the Collegium could exist. Your actual question is: did I think the book would have such an impact in today’s world? The basic answer is–not really, but I knew it was entirely possible. Mankind is and has been for some time at a crossroads between those that want peace and those that want dominance. It appears that those that want dominance will do most anything to get it. ‘Factor-7’ plays out just one story.

Your main character Dr. Sam Hawkins, was developed to perfection, how did his character come about and what was the inspiration behind the setting and story line in the book?

Sam Hawkins is a composite of many people. He’s kind of a dream man, if you will. His flaws are human and his survival instincts are unexpected. I say unexpected, because Sam evolves from a man who was consumed with his work and a pitifully destructive marriage. He could have sunk to the depths of despair, but as Rainee Arienzo enters his life and he takes on a task bigger than both of them; Sam becomes a force to be reckoned with. He was able to keep his sense of humor, although that was occasionally a defense mechanism. He was skillful in planning their safety, yet questioned his own thoughts. He was able to love again, setting aside the misery he had endured by his first marriage. Sam’s inner being is what I call, ‘a good ol’boy’.  He’s a guy that a Country Western song might be about. He feels and loves deeply, but will fight to the death to defend his honor and those he loves.

The story begins in Galveston, TX. I chose that because of the medical facilities, University of Texas medical school and the Galveston National Laboratory. Being a third generation Texan, it was only right that I set the story in Texas. The other locales in the book are places that I have been and I drew upon my memory of how a place felt and looked. I included the way things smell and hope that’s Factor-7′ is a total sensory read. The only place in the book that I have not been is Mali. I have no plans to go there either.

The storyline in ‘Factor- 7’ is riveting to say the least. Did the Texas hometown element play a role when you were designing the layout of the book, especially with how visually you paint the picture of the surroundings in the book?

As I say in the previous answer, I did draw upon my roots in Texas for ‘Factor-7’. It played a huge role in my main characters, the locations and the way the story is told. I planned that my Texas characters would actually talk and use colloquialisms, as we do here in the Lone Star State. One phrase that Sam used twice, was: “You can’t sit buzzard eggs and hatch canaries.” That colloquialism spoke volumes with those few words and Sam had made his point. I hope I succeeded in drawing a picture for the readers of the hospital scenes; the house that Sam lived in with his first wife; the house he bought on Tiki Island, across the causeway from Galveston; as well as all the places abroad that he and Rainee travelled as they fled from danger. I tried to literally sketch a picture throughout the book of places, things and people. I hoped, as I was writing, that the reader would visualize and become entrenched with the story as one would do watching a movie.

How is the persecution of ‘Germline’ coming along and when can readers expect it to come into existence?

Germline is the sequel to ‘Factor-7’. It picks up two years after Sam and Rainee think they are freed from their ordeal. It then jumps to five years afterwards. The main antagonist is back and is put in a very precarious position by none other than the Mexican cartel (brought back from Factor-7). But this time the cartel has help and not in a small way from an international adversary of the West and the free world.  ‘Germline’ is about completed, awaiting the final edits. If I can stay on my self-imposed, present schedule, we should launch ‘Germline’ next Fall, with presales beginning in late summer 2022.

Putting the book on the shelf for a minute talks to us about what inspires and motivates Dianne May?

That’s a hard one. I am inspired by almost everything. I can get a lead to my next chapter by something I hear that is totally unrelated. I am an avid reader and focus on current events and history, although I love good fiction. I bet that doesn’t surprise you, since that’s all I write.  I am inspired by interesting people who have made incredibly hard decisions in their lives or have endured great hardships, yet lifted themselves up higher than they ever dreamed.

I am inspired by hard work, pure dedication and even dumb luck. I actually don’t believe it’s ever pure luck, but instead an opportunity that met the preparation. I am motivated by the words of my dad who always instilled the work ethic; never give up on a dream; you can do anything you tell yourself that you can; and don’t put off until tomorrow, what you can do today. All of that might sound like a lot of hogwash, but in practice it has made me stronger and more resilient. Writing can be a very fulfilling and rewarding venture, but selling your work can be very difficult and can drag one down, if you let it. It is not an easy job. But the right attitude can surely help along the journey.

We heard through the grapevine that you are an avid wine drinker, so the question is what is your wine of choice and more so what do you enjoy drinking after a long day of writing?

What is my wine of choice? Anything made from grapes. Just kidding. I prefer an oaky or buttery tasting Chardonnay or dry white Sauvignon Blanc, but I have been known to drink a cheap Chardonnay and ask for seconds. Reds are good, but they don’t like me very much, so I steer clear of them, except when I am enjoying a fine Texas T-bone or filet. I am not a wine snob. I think there are good wines in all price ranges and some very bad wines that cost an arm and a leg. I don’t think France and California are the only places to get good wines and I enjoy trying Texas wines, South American wines and wines from odd places around the world. I also love my dirty martinis and recommend our Texas vodka distilleries. What do I drink after writing?  Anything I have in the house!  I’m not picky after hours at the computer. Simply pour it in a glass or a Dixie cup will do.

To get more information about D.J. May and ‘Factor-7’ head on over to Amazon.