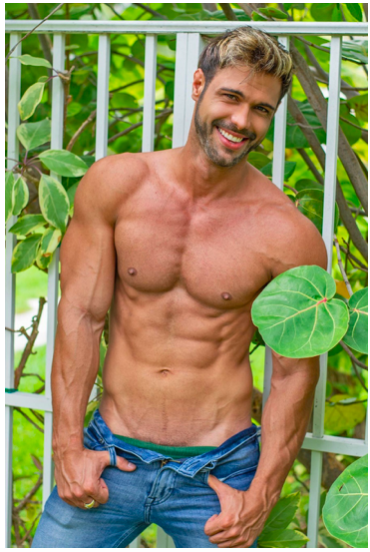 Many of life’s failures are people who did not realize how close they were to success when they gave up.

Life is the most unfair game one will ever experience. How one plays it, regardless of the starting point, is what distinguishes a successful person from someone who has failed at life. A great example of such a successful player is a modeling icon and television superstar, Danny Nova.

In life, people will find themselves in difficult and challenging situations where any decision they take will seem like the wrong one. In such situations, one’s own mind and the people around implore them to give up or admit defeat. Successful are those individuals, who despite the pressure, do not give up. The person who lives through many failures but continues to stand up and move forward is the one that takes all the glory. Danny Nova had a winner’s mentality from the earliest age where no matter what the world threw at him, he buckled up and continued his grind.

Danny Nova was born on January 24th, 1988, in Matanzas Colon, Cuba. His family comprised his father Daniel Pereira, his mother Ana Pereira, and his sister Marla Pereira. Unfortunately, his father was a political prisoner in Colon, which meant constant difficult times for Danny’s family. Under similar conditions, any person would fall in a pit of darkness and struggle through severe depression, surrounded by continuous negativity. But this was not how Danny’s mind worked. Even after being brought amidst such violent and negative surroundings, he never gave up and stayed optimistic. He was rewarded as Danny’s father being a prisoner at the age of four, received visas to come to the United States with their entire family. This meant the start of a whole new chapter in Danny’s life. The perseverance and patience he showed earlier were rewarded with a unique chance at life. If he had lost hope, this new chance would have been wasted on him as his mind would have already been molded to accept defeat and stay bolted down to a lower standard of life.

After arriving in the US, Danny’s family settled down in Miami, Florida, where he spent a major part of his life. Empowered by an environment that promoted freedom and individualism, Danny flourished and was molded in a way that further raised his morale and paved way for positive growth. As he matured, he understood the importance of a healthy body and its contribution to having a strong and sharp mind. Keeping that in mind, at the age of 17, he became a regular at his local gym. He worked hard to develop a physique that was a wonder to see and a focus of admiration for all his fellow gym members. Most people only go to the gym for a week or two after New Year as a part of their new year new me resolution. This intensity and urge to get healthy usually fades away after a month at most. In addition to this, there are people who want to get fit and healthy but have a list of self-concocted reasons or excuses on why they aren’t able to exercise.

Danny Nova was a flock apart as his self-discipline was stronger than that of many adults. He carried on with his hard work with determination knowing and having faith that his hard work would come to fruition sooner or later, which it did in the grandest way possible. At the age of 23, he was scouted by a well-known modeling agency, Wilhelmina Models. Danny knew this was the reward for all his perseverance and hard work. He leaped at this opportunity put in front of him and let it pave the way to Danny’s success. He appeared in many modeling events primarily based in Miami and Los Angeles and used his hard-earned talents to further his modeling career.

These stories are quite common regarding a person coming from nothing and becoming a rising idol in their field, but it does not always end with a happy ending. A lot of the time, these idols and stars later let their new stardom corrupt them that paves the way for their doom. This desecrates their name and destroys the very career that got them to this point. Every choice a person makes has a consequence. Individuals can never know which ones the right choice, nor can they predict the outcomes of making those choices. The mentality a person grooms over their lifetime is the deciding factor of their future. Danny could have gotten starstruck and indulged into heavy drinking and extreme partying, which usually is the start of the negative fame. But he did not. Danny Nova took the opportunity given to him and worked upon it tirelessly to establish a foundation for future success.

After a few years with Wilhelmina Models, his hard work and talents were recognized, and he was signed on by one of Miami’s biggest modeling agencies, Elite Models. He continued his hard work and even resumed his studies as he started studying acting at TV Azteca CEFAT in Mexico City. From a young age, the acting profession fascinated Danny. In an interview, when he was asked about the professional icon who inspired him the most, he answered,” I would say, Nicholas Cage, because he’s such a great actor and an inspiration for me since childhood.” Danny aspired to be someone like Nicholas Cage, and storming the big screens was a dream for Danny. Unbeknownst to Danny, his dream was soon to turn into a reality.

His hard work and talent in the modeling industry got his name recognized in the big leagues. Soon, he was introduced to the television industry on Univision in a serial called Sabado Gigante, which included the cast of Don Francisco. This marked the start of his acting career as he soon got a role in La Belleza Latina. This helped boost his modeling experience.  And soon after that, he was offered a permanent model role for Gordo Y La Flaca.

Danny realized his dreams one by one through sheer will and hard work, never losing hope no matter how long or hard the journey was. He persevered and kept hoping to be rewarded for his efforts which he did receive in ample quantity. He was never afraid of following his dreams and did all that was needed to pursue them and achieve his goals.