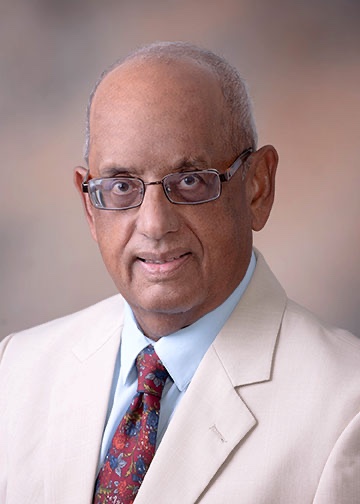 “I am a man of the mainstream who has spent as much time with scientists as with saints.” This quote from the introduction of Dr. Krishna Bhatta’s book, Journey from Life to Life: Achieving Higher Purpose, portrays the exact contradiction that makes Dr. Bhatta such a credible source in two opposing realms.

A man of science and spiritualism.

Dr. Bhatta – a man trained in modern medicine and Chief of Urology at Northern Light Eastern Maine Center – has a unique, two-fold perspective. On one hand, he possesses a deeply engrained spiritualism from his Eastern upbringing. Conversely, he has a scientific background and possesses many Western influences from living in the United States. Dr. Bhatta doesn’t believe science and spiritualism have to be separated with such a broad divide. For years, he has melded both worlds in his own life, and now, he has written a book to help demystify the concept for the rest of the world.

In Journey from Life to Life, Dr. Bhatta presents some sophisticated aspects of Eastern teachings in a format that Western minds can comprehend. He guides the reader through the ideas that Eastern and Hindu legends and philosophies relate directly to our world and our lives. He emphasizes that this knowledge can help us achieve a better life on Earth and a more satisfying afterlife.

Weighty concepts demystified in Journey from Life to Life.

Dr. Bhatta uses the Five Pillars of Success – a 5,000-year-old life model from India – as a tool to guide his life. In Journey from Life to Life, he discusses these Five Pillars and how you can use these teachings to improve your understanding of life’s difficult concepts – ultimately, leading to a better quality of life.

This book is filled with weighty concepts to ponder – such as dying, death, and the afterlife. However, Dr. Bhatta presents these topics devoid of religious tenets that might be off-putting to some people. Dr. Bhatta’s book does not focus on Eastern religion, which differs significantly from the Western mindset. Instead, Journey from Life to Life gives the reader ideas to ponder that are not religion-specific, but humankind-specific. The straight-forward, spiritual nature of these concepts is pertinent to all people of all religious upbringings.

On the topic of death, Dr. Bhatta offers that people plan for their pending death by making decisions and doing the necessary tasks, such as pre-paying for funeral services. But most people’s preparation ends there. Dr. Bhatta offers that planning for what happens after death “should not be left to darkness.”  Whether you believe you are going to heaven or returning to Earth in some form, the concepts in Dr. Bhatta’s book guide readers through a smooth transition to the end of life and the journey beyond.

Dr. Bhatta has brought more of Eastern culture to the West with his Relaxx app. Very much a product of COVID-19’s isolation complications, the Relaxx app aims to bring the power and peace of meditation to people in a portable, accessible way.

Dr. Bhatta knows meditation is widely practiced worldwide, and its powers can help people escape everyday concerns and stressors that lead to fatigue and burnout. His Relaxx app teaches meditation techniques to people at all levels of understanding – even beginners.

Growing up in a small village in India, Dr. Krishna Bhatta developed core spiritual values that have served him well throughout his life. He believes the stories he grew up hearing and that became such an integral part of his life are important for people from all cultures. Therefore, he wrote his book Journey from Life to Life and developed the Relaxx app to bring a taste of Eastern spirituality to the Western world. His ultimate purpose is to bring peace and understanding to all people by presenting some universal spiritual concepts relevant to all humankind. The results, he hopes, is a better understanding of all this life – and afterlife – has to offer.