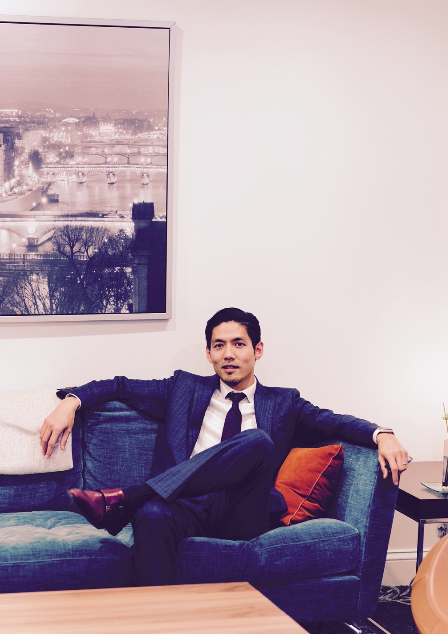 When it comes to addiction treatment, Dr. Joseph Yiknows how to get the job done. Dr. Joseph has been treating patients with mental illness and substance abuse issues for years now. But he’s doing it in a different way than most.

Dr. Joseph says that he started his practice Modern Behavioral in order to treat his patients in a more holistic way. He says that the traditional methods of treating these issues is outdated, and he hopes that people can start to realize this.

Dr. Joseph says that mental illness can arise from a whole host of factors. He says that he works with his patients on their physical activity, diet, mindset and more in order to help them turn their lives around. Modern Behavioral has been called the Starbucks of mental health because they have modernized it and made it a zen place to work on the spirit.

Dr. Joseph says that Modern Behavioral was designed with the idea of creating a place people would actually want to go to get better. He was inspired after he looked at many of the other treatment facilities and realized how barren and depressing they were. He says that the environment is key when it comes to changing one’s mental state. He says that if a client can feel comfortable and inspired by their surroundings it can really help drive new changes home.

Dr. Joseph says that he has been through failures and tough times himself, so he’s able to relate to his patients on a deeper level. He says that education is important, but wisdom is something that can only come from experience. When he was part of an electronic music band at a young age, he says he experimented with a few of the substances his patients come to seek treatment from now. This experience has allowed him to understand what they are truly dealing with, and he knows how difficult it can be to break an addiction.

There are plenty of doctors out there who only offer medication as a treatment and walk away Dr. Joseph says. But he only sees medication as one aspect of treatment and not the entire solution. He has even collaborated with other well-respected doctors in the space to create a supplement line called Beyond Recovery that is designed to support those with mental health issues.

Dr. Joseph says that in order to fully get through issues of the mental variety, one needs to get past the deep rooted feeling or circumstances that led to the issues in the first place. He says that it’s easy to look at the resulting symptoms of these feelings and circumstances and put a label on them, but it’s an entirely different process to get to the root cause.

Dr. Joseph says that one of his biggest failures in life was failing the national medical board exam two times. The failure resulted in deep shame and embarrassment, which he had to work to get past. However, he says this failure and the resulting ability to get through uncomfortable situations is what has allowed him to succeed in his practice and business.

With all that he’s doing, Dr. Joseph says that he hopes to empower the common human to take back control of their mental and physical health. He says that it’s become easy to rely on doctors and prescriptions to ease the burden of poor health, but Dr. Joseph says that it’s important for people to take responsibility for those problems. Dr. Joseph is going to continue preaching his messages on his Instagram account where he has racked up a considerable amount of followers that enjoy his teachings.

Kratom can Help to Reduce the Rising Cases of Anxiety in the U.S