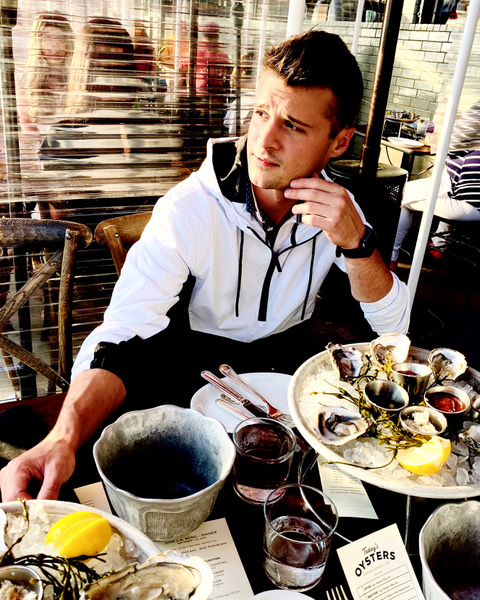 Today in business, you could be the next Silicon Valley story, or die trying. Many can make a million dollars, but when you become a top shark in your field, people begin to take notice. Wondering what is so different about the way you think or run your business that makes you so effective?

Chris Kostantewicz knew he wanted to be successful from a young age and could envision how it would look but didn’t know where his first big break would come from. Like many growing up on the east coast of the United States, you always wondered what it was like in sunny Los Angeles amongst the stars where they said it all happened. After graduating college, Chris left his small town in Northampton, Pennsylvania and set off on a mission west with no job, no where to stay, and an Instagram account with only 12,000 followers.

Wanting to work in this emerging field of social media marketing, Chris took any odd job working marketing he could find, from a plastic surgeon on Rodeo Drive in Beverly Hills, to a law firm in DTLA, to working at an agency in Venice Beach where he worked with clients at Netflix, Sony, Blumhouse and more. What he quickly began to realize is that, you’re giving 9 hours of your time in a day for very little pay, just to wake up at 5AM again to do it all over again everyday. How could we live a life we actually loved living?

Where His Company ck media Began

When Chris first got to LA, before he could even find a job, he lived in a co-op of other like-minded individuals called Upstart Creative on Hoover St in Koreatown, Los Angeles. It was fate that brought him here, since it’s through this living arrangement ck media was born. “I realized very quickly that anyone that came to Hollywood looking to be an actor, model, or musician really needed a strong social presence to get the attention of casting agencies and producers. Since I was already living with a bunch of artists, I started building their instagrams for $50 a month, called it ck media” says Chris. From where this started in 2018 to where Chris is now with a 6-figure marketing agency netting him nearly a quarter of a million dollars annually in 2020. It’s safe to say Chris Kostantewicz has build the company a lot, but what do they do now and what is the key to the brand’s success?

To date, Chris has worked with nearly 10,000 artists, influencers, entrepreneurs, and high-net-worth business owners through his many marketing tactics and methods he sells on the internet. “Nowadays we focus on celebrity marketing co-hosting events where big name influencers give away cash and prizes on their pages to attract attention to a list of people that promoters provide. This leads to huge exposure for their brand or business. Beyond that, Chris works with many big name publications to provide grade A press solutions for his clients that ensure your Google presence is flawless when people search for your name or business.”

Despite all of this success working with top-tier people in the industry, he really wants to the million dollar mark in order to leverage that success in new business ventures, this is the goal for 2021. “I know that if I’m ever to make any big changes in the world I need a lot of money to sit at their table, and it isn’t going to come from doing what the other 99% of people are doing.” says Chris.

Life Insurance Can Be Purchased At Any Age