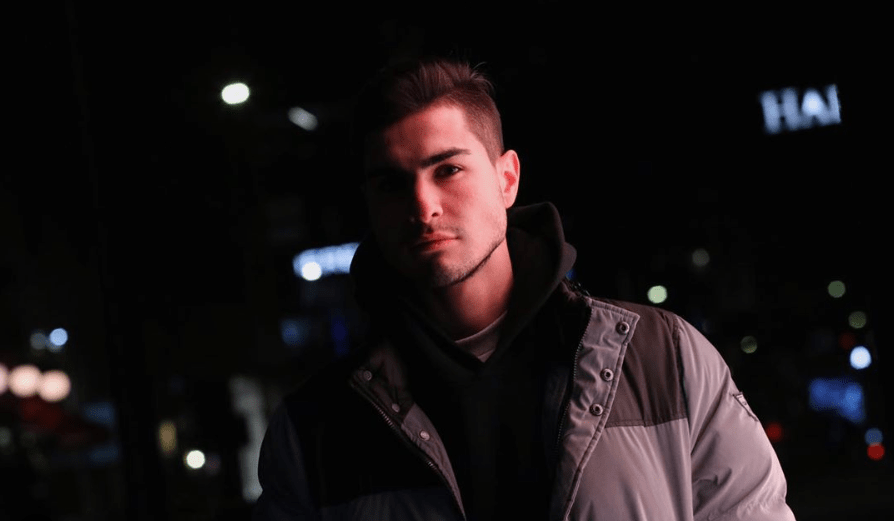 Mehdi Chitsaz, popular in the rap and hip-hop world as Chit2am, is climbing the pillars of success at a young age. Since his entry into the musical world in 2016, the young rapper has achieved a great place due to his exceptional work with many music artists.

Born on 17 September 1998 in Isfahan, Iran as Mehdi Chitsaz, he moved to Canada in his teens to pursue his passion for music. The young musical artist is known as the First Iranian Rapper in Montreal and he has impressed his listeners with his artistic ability.

Chit2am is popular as an artist, producer, songwriter, and actor. The self-made vocalist has worked really hard and utilized his entrepreneurial ability to establish himself as a successful hip-hop and rap artist. After moving to Montreal, Canada, he collaborated with Nicotine, his fast friend in Montreal to produce some unofficial singles which they didn’t release.

He started gaining success in the year 2017 and he began working on bigger projects. His first official release was “Secrets” featuring AAK and he released his second single “Shahrag” in the next year. In the year 2018, he released the song “Sedaye Ayande” with the Persian rapper, Nima Nimosh. In the very next year, he came with the song “Captain” which was produced by Khashayar Sr.

And this song gave him an opportunity to feature in “Bez Jibet – Remix” by Behzad Leito and Sepehr Khalse. Founder of the “Yeke Montreal” label. He managed to plan the Biggest Persian Valentine Party in Montreal on February 15, 2020 under his label which got a lot of attention among all Iranians in Montreal. Chit2am has made his name for three popular songs namely, “Yeke Montreal”, “Tavalod”, and “Shahrag”. Currently, he is studying Software engineering at the Concordia University of Montreal and he also offers his support to young music artists to help them establish their identity in the music world.

This Atlanta Duo Is In A League Of Its Own