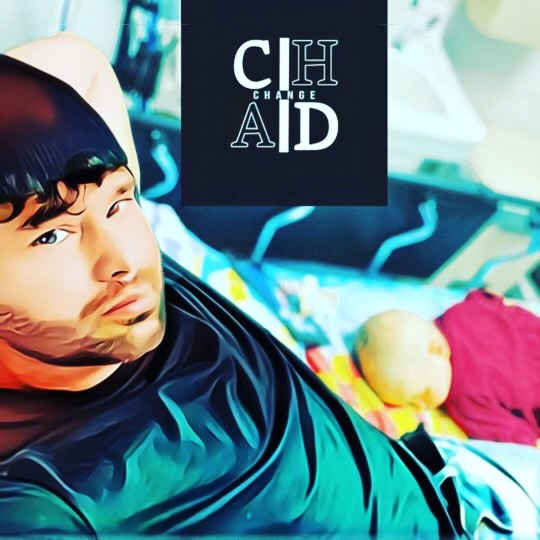 Chad Ehlers, known online as da_chad, is a TikTok influencer, motivational speaker and the founder of the Chad Change. His mission is to not only grow on social media, but to spread a message of positivity and joy through his Chad Change movement.

He’s built a large following in a short amount of time after leaving his career as a nurse. The past struggles he’s had to overcome allow him to give personable, relatable and genuine advice to each of his followers that reach out for support. Chad’s journey is incredible and he has some great insights to share.

Where He Came From

Before he became a renowned influencer and founder of the Chad Change, Chad was homeless at 17 years old and later tasked with raising his 3 month old daughter all by himself. Even though his circumstances were grim, Chad was always upbeat and brought a smile to other people’s faces. Perhaps a sign of what was to come for him as a nurse and ultimately an influencer, Chad’s relentless positive mindset has paid off for him in a big way.

Chad also gained a sense of duty to help others when he lost a wife to suicide. His mentality, he says, was, “You can’t go back and fix what is done but you can use your story to save as many people as possible.” This montra inspired Chad to start the Chad Change and the rest has been history.

What He’s Up to Now

After leaving his role as a registered nurse to pursue his dream of being a social media influencer, his rise to fame as a TikTok personality was rapid. His laid back, entertaining dance and comedy videos quickly caught the attention of a large audience. Chad has leveraged this attention to raise awareness for mental health.

Chad Change now has over 400 positive influencers actively raising awareness alongside Chad and the impact has been astounding. Each day, people approach Chad to tell him that his movement saved their lives and they were ready to give up until they came across his movement.

Chad is grateful for all of the experiences he’s had and for each influencer that’s believed in him along the way. But, above all, he’s grateful for the situations he’s been through in his life that led him to start Chad Change. The movement has changed his life and countless others as well and Chad won’t stop until he’s able to impact as many people as he possibly can.

Huff & Puff, incredibly swimming up from the deep and dark bottom of an ocean to its top