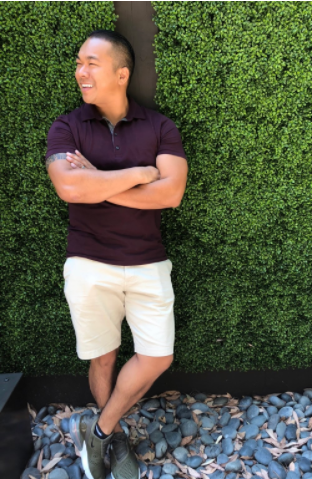 Daniel Christopher Lee best known as DLee is a serial entrepreneur, solar expert and D2D sales guru. By advocating a people-first focus, he has championed his success around building sales systems that can be taught, mastered and replicated and has  helped develop hundreds of sales professionals, helping thousands of families across the US.

His growth as a successful entrepreneur was not an overnight success, it was the result of  tons of hard work, patience, and resiliency. At the early phase of his career, he was nearly trapped in the corporate American rat race working for Verizon for over a decade. Fortunately, he had an opportunity to start over and he ended the bittersweet relationship marking a pivotal point in his entrepreneurial journey.

He started out in telecommunications, but tried as he might, he still felt the overwhelming presence of the glass ceiling and decided to venture into another industry – solar. Trusting in his abilities, he started selling solar door-to-door with no experience. The first 30 days on the job were the most challenging as he was in constant internal battle, going back and forth, trying to convince himself to stick it out, and not quit  to find a “real job.”

After weeks of going door-to-door, Daniel’s consistency paid off. The process and schedule dialed in and he was transformed from a salesperson with zero experience to the lead sales representative in SoCal. After a half year of leading the region in sales, and getting acknowledged with different accolades and awards, Daniel became well-known and his hard work got him the recognition he deserved.

Like a free agent athlete in a competitive sport, Daniel was heavily recruited. CEOs and executives offered him lucrative positions to work for their companies. However, he rejected the offers, as he ultimately felt a strong connection with a smaller, local company and took the position as the Director of Sales. He was heftily compensated with a salary, aggressive bonus structure, and even given a sign on bonus of $50,000.

After two years of leading the company to success, Daniel again felt the limitations of working for a company closing down on him. Although he was making more money than he had ever made, his position at the company still had its limitations and the innate desire to do more and earn more was pressed on his heart.

After a lot of consideration and prayer, Daniel with the support of his wife (Bobbie) decided to start his own company. He was done building for someone else’s dream. With the leadership abilities and relationships he has garnered over the years, Daniel started his solar company – Net Metering Systems.

Without sacrificing quality of service, Daniel was able to provide his clients the best rates, with maximum savings and offered his sales reps optimal compensation. In his first eight months, the company generated $1 million in commissions revenue and in 2020, during the pandemic, Net Metering Systems grew their commission revenue to $5 million. Currently, Net Metering Systems offers superior products with elite installers for wholesale pricing in over 20 states in the US.

Daniel best explains his philosophy with this quote: “I worked many years for other companies and I don’t regret that. I have always kept one thing in mind when it’s my job; it’s the concept that I’m always building my own house. What that means is regardless of being a fry cook at McDonald’s or the President of NMS, my work, my execution, how I’m viewed is always a reflection of myself, of ME Incorporated. It is the commitment to my cause that I have had with each and every role that has made me successful.”

To learn more about Daniel Christopher Lee and the Net Metering Systems, visit his Instagram profile.