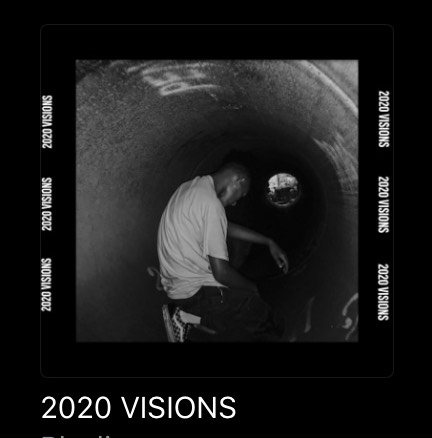 16 year old Madison, WI based artist BKWDS had a more successful 2019 than many artists can only dream of. At the age of 15 he charted with Madison legend Trust’N on the iTunes hip/hop charts with their collab EP titled “Lapse”. The impressive project took the world by surprise and gave the young artists exposure on top media outlets like Lyrical Lemonade, ABC, NBC, Fox News, and many more.

Following up a project like that can be very difficult. BKWDS is the only one of the pair to release a project since Lapse. He released an LP shortly after Lapse but it wasn’t until the release of his newest EP titled “2020 Visions” that he started to get the individual recognition he deserves. The project features 4 tracks that are a unique mix of upbeat production and mellow bars. BKWDS’ classic style and melodic melodies are showcased throughout the project.

As the young artist continues to mature, it will be interesting to see how he uses his early stardom to level up his career. Being under the management of Lost Boy Entertainment, the artist seems to be in good hands. One can only imagine where the young artist will go next.

Findlay, 3 AM has Come Up with his New EP ‘Static’