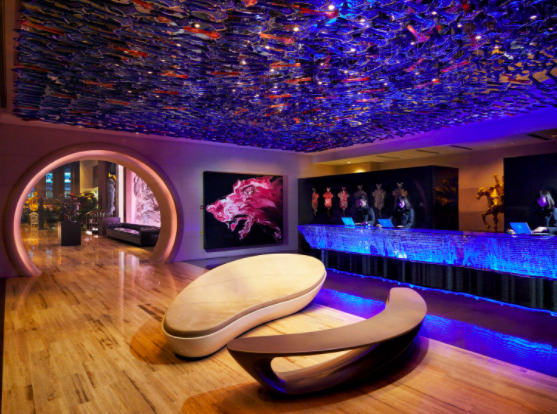 Luxury hotel photographer and cinematographer, Antonio Cuellar, specializes in capturing the architecture and lifestyle of the world’s most luxurious hotels and resorts.

With almost two decades of experience and an eye for detail, Antonio Cuellar is among the most sought-after hotel and resort photographers. Throughout his career, Antonio has received numerous photography awards, including being honoured by the American Society of Media Photographers (ASMP) as The Best of 2013.

All over the world, Antonio’s eye for detail is well-known and considered as legendary. Because of his reputation, Antonio Cuellar has been to many hotels and resorts across the globe, such as Mexico, Ireland, China, Dubai, and Scotland. He maintains offices in the US and UK, having local production teams and retouching studios in both cities. This setup allows clients a 24-hour turnaround time. Antonio is also approved by most major hotel brands.

Antonio’s perks for his profession is being able to stay and enjoy the food and hospitality of the hotels he shoots for. However, Antonio does not treat it as a nice relaxing vacation. In fact, it is far from it. “Working as a hotel photographer involves long hours as dusk and dawn are key times to photograph certain areas of the property,” Antonio shares.

Antonio Cuellar pours all of his best efforts to translate the architectural highlights and lifestyle atmosphere of the hotels and resorts, leaving no room for errors. Regardless of the weather conditions, Antonio’s ability to create and shape the ambience and mood of space via advanced lighting techniques prevail.

He is also one of the few photographers that are equally proficient at photographing genres such as architectural photography, lifestyle photography, and food and beverage. Antonio Cuellar has excellent experience in hospitality and has the skill to coordinate big productions that include video and stills simultaneously.

Specializing in medium format, Antonio employs Hasselblad and Arca, which are Swiss prime lenses and advanced lighting gear. Antonio wants to make sure that he is producing the highest quality imagery for his clients that is best achieved with the right equipment. Antonio is fully licensed and insured as a drone operator, which is useful for aerial shots or scenic overhead views.

As a testament to his critical vision and expertise, Antonio Cuellar is one of the pioneers of architectural composite lighting. The architectural composite lighting is a process in which each section of the frame is lit individually during production. The images are later mixed in the post-production, leading to incredibly romantic photos that capture the right atmosphere. This is a new technique only made possible with new digital technologies.

Through his love for telling stories through visual arts and capturing luxurious spaces, Antonio Cuellar started and studied in architectural and interiors photography. Eventually, he branched out to incorporate lifestyle to tell the entire story of the hotel brand.

Antonio Cuellar hopes that his journey of capturing architecture and lifestyles also tells a story about his life and passions.

Head over to Antonio Cuellar Photography Portfolio to see his portfolio and hotel video production. To know more about him and his journey, follow him on Instagram to stay updated.

One Day Away Until Cole Moscatel’s Mexico Birthday Celebration