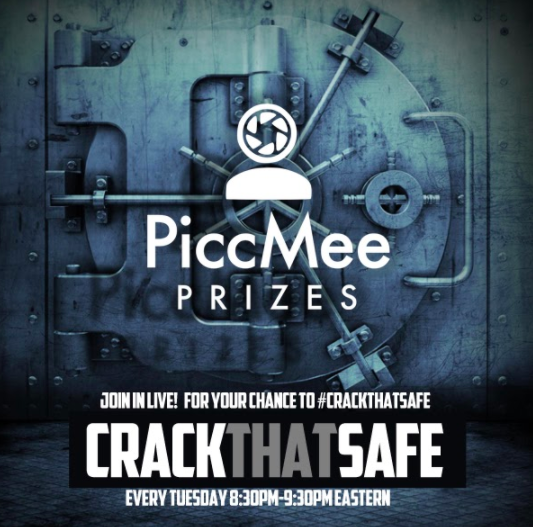 Chase Turnquest is flipping advertising over its head by conducting fun, engaging, and most of all, free interactive game shows. Dubbed as the #PiccMeePrizeGuy, Turnquest has established a unique brand called PiccMee Prizes LLC, which is a new form of advertising that gives back to the community in entertaining ways.

PiccMee Prizes was established exactly three weeks ago, and over the past two weeks, it has grown massively all over social media, garnering 18.5k real and engaged Twitter followers. With their interactive game show #GetOnTheWheel, they give anyone a chance to win money safely from the comfort of their homes. In the first two weeks of hosting the show, they had an average of about 10k per 1-hour episode.

PiccMee Prizes has a #PrizeLine where winners can call and win money. The genuine excitement and heartfelt reactions can be heard by audiences everywhere on their website, which explains how real the show actually is. They have given away tens of thousands of dollars in the last few weeks, and they’re just getting started.

The concept for PiccMee Prizes was created by Turnquest after he suddenly lost his mother to cancer. He was looking for ways to get over the passing of his beloved mother, and he attempted to establish a service that would give out free prizes to people. Though he admits that the idea was based on the viral scams that he would always see online, he wants to change the public’s perception and actually gives out real prizes.

The biggest challenge PiccMee Prizes had to face was proving its legitimacy. They had hundreds of fake pages that were scamming their followers, and Facebook refused to take down those false pages and verify the real PiccMee Prizes. This left the public very vulnerable, and it became very hard to prove their genuine efforts.

This idea is Turnquest’s fourth attempt to make it big. The first three times, he could never get over the hurdle of everyone else thinking that it was merely a scam. He eventually had to restart his business due to the ongoing COVID-19 pandemic and all of the economic turmoil that he saw in the world.

In these trying times, no one would ever deny the opportunity to earn free money. This is why PiccMee Prizes has seen a lot of success throughout its multiple game shows, such as #GetOnTheWheel, #CrackThatSafe, #GhostGiveaways, and an interview show called #PrizeLine.

#GetOnTheWheel is a game where viewers can pre-register to be placed on a wheel that will be spun live to determine who is going to take home the cash prize. PiccMee Prizes also lets their viewers engage with them on the live broadcast. Whoever the wheel lands on then spins a wheel in order to choose prizes between $50 to $500, all winners are then paid immediately after the show.

In #CrackThatSafe, contestants join live for the chance to crack a real safe with a 4-digit pin. If they manage to crack the code, they take home whatever is inside. The safe originally started with $1,000, but with every episode that it doesn’t get cracked, more money is added to it.

#GhostGiveaways is PiccMee Prizes’s way of giving back to their most loyal followers. It’s an event where they give out cash at any given time to people who interact with their social media platforms.

While #PrizeLine is an interview show with PiccMeePrizeGuy himself, Chase Turnquest, it is scheduled between 8:30 to 9:30 PM EST, and callers can call the #PrizeLine for a chance to win cash on PiccMee Prizes’s live stream. In a recent live stream, Bill Pulte, the Twitter philanthropist who gives away his wealth on social media, tuned in.

It’s amazing how much value PiccMee Prizes has provided to their most loyal followers, and they’re just getting started. Soon enough, they plan on giving much better prizes to more people from all over the world. It’s only a matter of time until everyone will unanimously chant: “Pick me.”

To know more about Picc Mee Prizes and the PiccMeePrizeGuy, visit their official website and Facebook page.

Daffner and Associates, P.C.: Not Your Everyday Law Firm