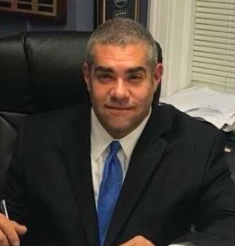 There are hundreds of thousands of law firms in the United States. Yet anyone who hears about Daffner and Associates, P.C. can tell that they’re not your average law firm. The Pittsburgh-based practice has been around since 1993, and they’ve served thousands of clients in various legal matters.

One of the primary differentiating factors of the law firm is its founder, Attorney Marc Daffner. A highly-respected member of the defense bar, Mr. Daffner is an icon in Pennsylvania law circles. Since the founding of his practice, he has concentrated heavily on the areas of state and federal criminal defense. Marc has also helped with countless commercial litigations.

Apart from his work with Daffner and Associates, P.C., Marc Daffner has served as an appointed arbitrator in the Civil Division of the Common Pleas and the United States District Court. He is currently on his fourth term as an elected county committeeman and a six-year term as an administrative judge. He is also the chair of the Civil Service Commission, and founder of the Western Pennsylvania Defense Attorneys Network. He was also a candidate for judge of the Court of Common Pleas of Allegheny County.

Mr. Daffner is known as one of Pennsylvania’s “Super Lawyers,” which puts him in the top 5% of the state’s attorneys. He was also recognized as one of the Top 100 Criminal Trial Lawyers by the National Trial Lawyers and included among the Best Attorneys of America. Marc has also received the honor of being handed the Martindale-Hubbell Client Service Award.

Apart from being a highly esteemed and award-winning lawyer, the Daffner and Associates, P.C. founding partner also plays a vital role in child protection. He handles cases of children in complex custody matters. Through the leadership of Marc Daffner, the firm has made a significant impact in the community by leveling the legal playing field for thousands of people who feel trapped in legal trouble. They’ve worked on criminal cases such as cases involving drug violations, homicide, theft, firearms, detainers, DUI, and significant driving offenses, probation, and parole matters. They’ve also handled cases on white-collar and financial crimes, forgery, fraud, counterfeiting, computer-related offenses, and attorney general investigations.

Daffner and Associates, P.C. has also worked on many tax cases where people were unjustly penalized or charged for the shortcomings of incompetent IRS employees. The law firm also takes up firearms laws and rights cases, where they help people with firearms, including licensing and purchasing issues, license denial appeals, NFA-compliant firearms trusts, and expungement of criminal and mental health records, and reinstatement of firearms privileges, among many other areas.

Through the decades that the firm has represented and protected people in state and federal court, it has stood by a human-centered philosophy. Their commitment is to be a voice for those who feel ignored and be on the side of people who don’t have a fighting chance.

Apart from their excellence and professionalism, the law firm is often lauded by the public for never overcharging their clients. The law firm stands by the goal of providing big law firm service with the personal attention of a small firm.

To learn more about Daffner and Associates and its founder Marc Daffner, visit the firm’s website and Facebook page.

PiccMee Prizes Picks A Better Way to Advertise and Give Back