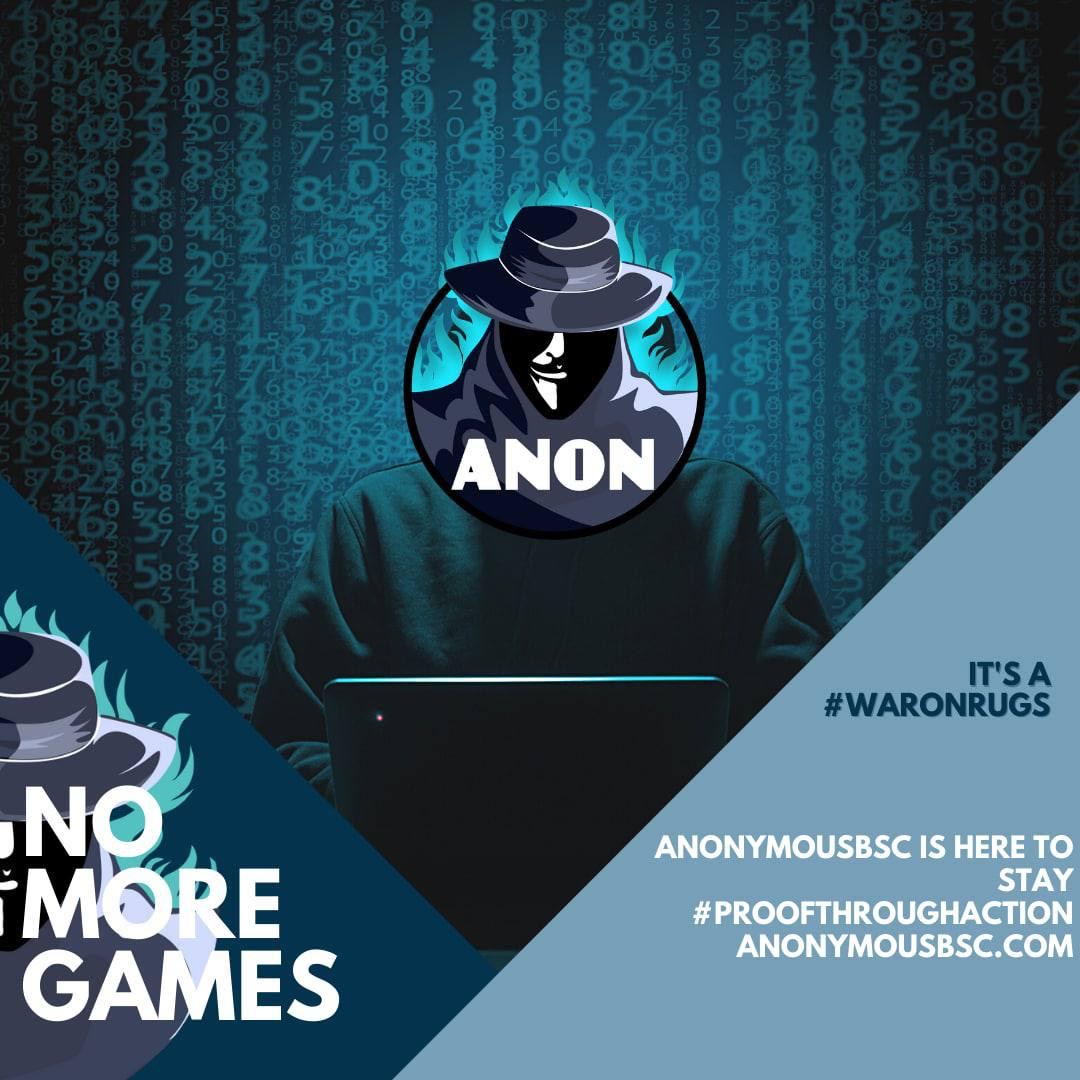 Telegram gave rise to Anonymous Developers fighting for a cause.

Who could have thought that telegram could be a place for people to start something revolutionary? We are all aware of the fact that the crypto world is full of malevolent people who are sitting as whales to eat up our money and be a barrier to our investments. But there was nothing stopping them until Anon came into existence.

Anon is a group of people who were interested in investing in Binance Smart Chain. Since scams are a common problem in BSC, Anon thought to do something about it. Anon came into the picture when people from various Telegram groups, involved in different projects, came together. They experimented through hit & trial and with a single vision to fight back scams in BSC. They want the potential investors to earn loads rather than losing money to these spammers. This is the biggest inspiration for Anon. Anon analysed how the malicious intent had harmed the BSC and as a preventive measure, they created a token. Anon came up with anti-whale and anti-abuse/anti pump mechanics. This means that this token cannot be manipulated/cheated.

Their mission is to provide a framework that will trap and bring scammers and spammers into the light of justice. Their code was developed initially with inspiration from other token metrics, which had some limitations. But they took their code a step forward and developed a code robust enough to withstand the bots and actors. Those who created the contracts are issued wallets on public record. The group has been able to successfully bring down one such scammer whose details are available online. And once their robust platform would be made accessible to all, these scammers would be thrown in the legal light. Soon the Anon platform would provide auto-detection features that would analyse and provide a safe space for users.

At the launch, this project hit a 2 million $ market cap in 2 hours. This was a remarkable achievement. As of now, Anon has 6000 holders of their coin and others are lined up.

Even though the developers behind this rebellious initiative are keeping themselves anonymous, their message is loud and clear to everyone. They are warning the scammers with their slogan – ‘We are coming for you.’ Anon has claimed an open war against the money-eaters. Only one person is representing their dev team in the public sense, the remaining handful of people are anonymous. They are working backstage for a single cause.

This community has been featured in various press releases and they have been able to leave a global impact with their idea. They say they are just getting started but their well-structured road map inspires you to give them your trust. Expect them!

$CBD Coin: All You Need to Know About This “First of a Kind” Cryptocurrency