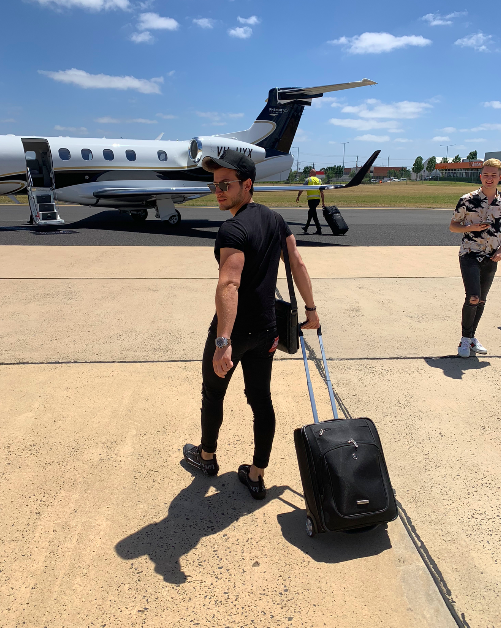 When Andrew Hristo was just 13-years-old he decided he wanted to buy his very own dirt bike but didn’t have the funds to do so.

After researching different ways to make money online, Hristo found an idea he believed in. He started ordering a large variety of items from China and would sell them on eBay. Hristo worked hard and efficiently and in just one year made $20,000, allowing him to buy his prized dirt bike. He started building his own websites to sell products on and became very tech-savvy for such a young teenager.

Hristo has been involved in several different business ventures. A certified personal trainer, Hristo has dabbled in the fitness coaching business. He has also worked in social marketing and has created courses to help other entrepreneurs grow in the world of ecommerce. Hristo currently coaches over 500 people and aims to have 1,000,000 students some day.

Hristo has a passion for travelling and loves being able to see the world while earning a living. When times get rough, he reminds himself that he is fortunate to be doing what he loves.

Hristo believes a positive mindset is the most valuable attribute an entrepreneur can have. He recognizes that being an entrepreneur can be a lonely career path but believes the ability to create a flexible work schedule makes it all worth it. Hristo acknowledges that entrepreneurship is not for the faint of heart. He says “if it was easy to achieve success, everyone would be doing it.”

Hristo credits much of his success in business to his ability to be patient. He believes that too many people focus on achieving instant results instead of focusing on enjoying the journey.

Hristo understands it takes time to build a sustainable business. “Putting off short term goals like wanting to make a quick dollar or buy a new watch will allow you to focus on building a business that will continue to make you a sustainable income,” he said.

Hristo has learned to never let setbacks in business hold him back, as he believes there are always several different opportunities to make money out there. If you would like to follow along with Hristo and his upcoming ventures, don’t forget to follow him on his social media page. @andrewhristo