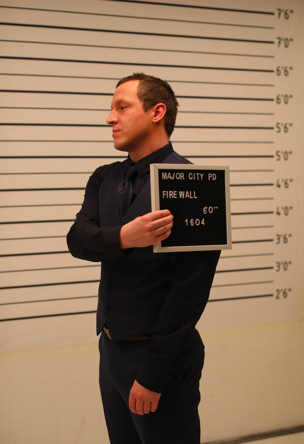 Dan Matteucci is an actor known for his work in Crystal, Gone, and For My Man. He is also a model, fitness coach, and a rising social media influencer. He is one of those individuals who work their way up from ground zero. Dan is actively working on his acting career, which has helped him develop a strong portfolio that includes a variety of different TV shows, commercials, and movies. The young Romanian actor is restless and does not seem to stop any time soon. His determination, passion, and persistence are aiding his efforts to become a well-known actor.

But Dan wants more and does not want to stop at modeling and acting. While working on his acting career, he is working to acquire a prominent place in the world of fitness. In 2019, Dan started his YouTube channel where he could share his secret to a fit body and spread awareness about following an effective fitness regime, including workout and diet. Fitness is, indeed, an integral part of every actor and model’s life, and Dan is using YouTube as a platform to help all those who are struggling with their fitness.

Setting an Example for the World

Thousands of people are forced to choose one career path even when they wish to pursue multiple careers. The stereotypical mindset of people, “life is too short of pursuing multiple interests. It is best to have one goal and passion in life,” pushes many people to give up on their passion. Indeed, life is short, but it does not mean people have to give up on things they love. Dan Matteucci is one of those people who believe that pursuing multiple passions is the right way to live. The mantra that keeps him going is, “life is short – so live it to the fullest and leave no stone unturned.”

Daniel Matteucci was born on January 23rd 1990 in Romania. Acting was something he was fond of since he was just a child. The way actors absorbed the character into their souls and played the script as it was their own story attracted the young Dan. He knew that acting was something he wanted to pursue as a career. Finally, in the year 2012, Dan stepped into acting and participated as a dancer in Magic Mike.

The young and passionate Dan started actively working towards building his acting career. He knew that the entertainment world was a competitive industry, and to make a name in this sector, one needed to be patient, determined, focused, and hard-working.

Dan was passionate about acting and decided not to settle without achieving his goals, so he began his journey towards success. Throughout his journey, his versatility and elite acting skills helped him land on some amazing gigs. He appeared in several TV shows, including House of Cards, Turn, Copycat Killers, Empire, Legends & Lies, and Mercy Street. In addition to TV shows, the young actor has been featured in some TV commercials for notable brands such as Calvin Klein and Volkswagen. His acting career is not just confined to TV shows and commercials. He has also been cast in several movies. The highlights of his career include The Fate of The Furious, Fallen, and Wonder Woman 1984.

His acting portfolio comprises of several versatile roles. From an FBI agent to a male stripper, Dan has appeared in a wide range of roles that make him stand out from the crowd. The diversity in his roles is a clear indication that Dan possesses the potential to become a success in the entertainment world.

While Dan is on his way to acquiring success in the world of acting, he is also becoming a prominent entity in the world of fitness. During his career, Dan realized the importance of fitness, an integral part of an actor’s career. As he was into the fitness scene himself and had a perfectly fit body, he decided to help the people who were struggling in maintaining their fitness due to which they were unable to acquire success as an actor or model.

Fitness became Dan’s passion, and alongside acting, he was now determined to become a fitness coach. He is one of those actors who spend two to three hours every day working out to keep themselves fit. Today, Dan is not only known for his acting but is becoming a social media influencer due to his fitness channel on YouTube. On Instagram, the fitness lover and emerging actor has gained a fan following of more than 170,000 people. He is also establishing a strong footprint on other social media platforms such as Facebook and Twitter.

Contrary to what the world believes, Dan is living his life the right way. Not only is he working his way to the top as an actor and model, but he is gaining rapid popularity as a fitness coach. The growing fan following on his social media profiles is proof of that. He takes both his passions side by side and does not compromise on any of his dreams!

Haitian Artist, Jahn Don, has Released a Music Album with a Mix of High-Energy and Slower Tracks