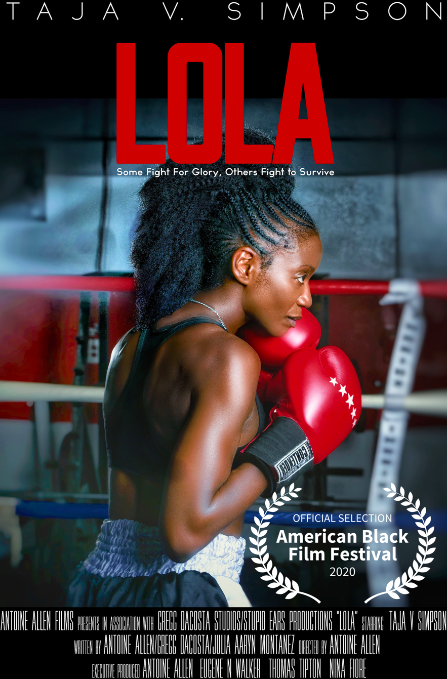 Film Producer Antoine Allen, depicted below, is known for his award-winning films such as Driving Force (2017) and Break Down (2019). Allen returns this year (2020) with a knockout film LOLA, the first of a four-part feature film series. In 2010, Allen’s boxing short film Split Decision got no less than 21,000 views and led to social media trending, launching Antoine Allen Films into well-deserved limelight.

Mr. Allen, who had previously challenged himself to change his focus from the music industry into the film industry, has once again challenged himself and now his audience to brave through adversity and trials in the rawest of forms with his character, Lola, facing all odds.

Lola, played by Taja V. Simpson of Tyler Perry’s Boo 2, as well as BET’s soap opera The Oval, is the main character and is easily remembered as a force to be reckoned with, a woman whose fighting spirit leads her to victory. Be prepared to leap over every one of Lola’s hurdles with her and cheer her on just the same. Lola is set in an inner city and urban territory. She is relatable, whether she reminds you of yourself, sister, a mother, friend, or any other woman within the 21st century. Her story is one of both survival and success. 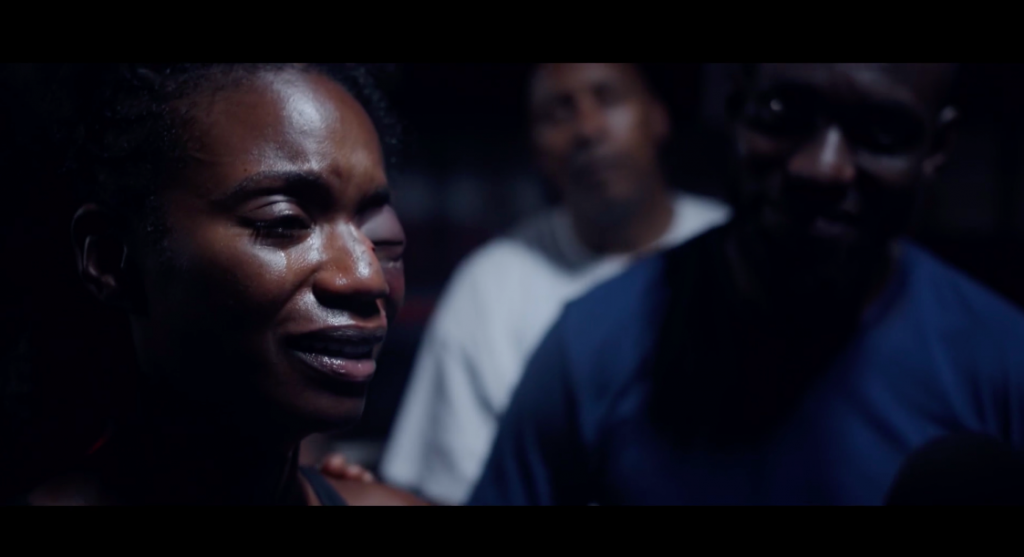 LOLA presents experiences and trauma in sequences that urges its audience to be sure to capture the essence in its truest form of what Lola sees as her options in love and in life and the effects of broken parental relationships, not only a response to violent catalysts but also to find out just what Lola is truly made of in both character and in strength. Because of this, audiences across the board enjoy joining in this life journey with Lola and are left stronger having watched the film and receiving its message of empowerment.

The movie highlights the obvious, that getting a yes may mean a million previous nos and that hard work and discipline help to create breakthrough. The film more subtly, however, showcases that positive change in one’s life can create waves of great change for others. We are all in the ring to win, and as long as we understand that unforgiveness can lead to seeds of bitterness that can grow like toxic mold, our actions must line up with whatever is necessary to heal and to win the battles in life. Lola was consistent in her persistence, and that persistence led to her creating what she, herself, wanted to see in her world. LOLA is definitely a beautiful and inspiring women’s boxing film. It’s a must-see for those who enjoy a positive energy boost and heightened enlightenment on the raw strength of a woman who is fighting against the world with nothing to lose and everything to gain.

The cast of LOLA has been sure to hit every mark as far as supporting roles go. Without the presence of the leads, sub-leads and minors, the cast of characters; namely, Lola, Diane, David, Wes, Lola’s parents, etc., the story of Lola would be, essentially, incomplete. This storyline is a timely reminder that having a support system is also part of one’s healing process.

Be sure to follow more about AAF @AntoineAllenFilms on IG.
Visit www.AntoineAllenFilms.com as well, and check out Antoine Allen and his film LOLA at this year’s American Black Film Festival, Mary J. Blige acting as this year’s virtual festival ambassador, from August 21st to August 30th.

Cynetha Jade is a freelance writer and owner/founder of CJ & J Talent based in New York City. She’s written articles and blogs spanning the breadth of arts, entertainment, religion and culture, as well as fashion, business and other topics for miscellaneous celebrities and entrepreneurs alike. Follow her @CJJTalent on Instagram and learn more of her work at CJJTalent.com.

An Actor, Fitness Coach, and a Social Media Influencer – Life of Dan Matteucci