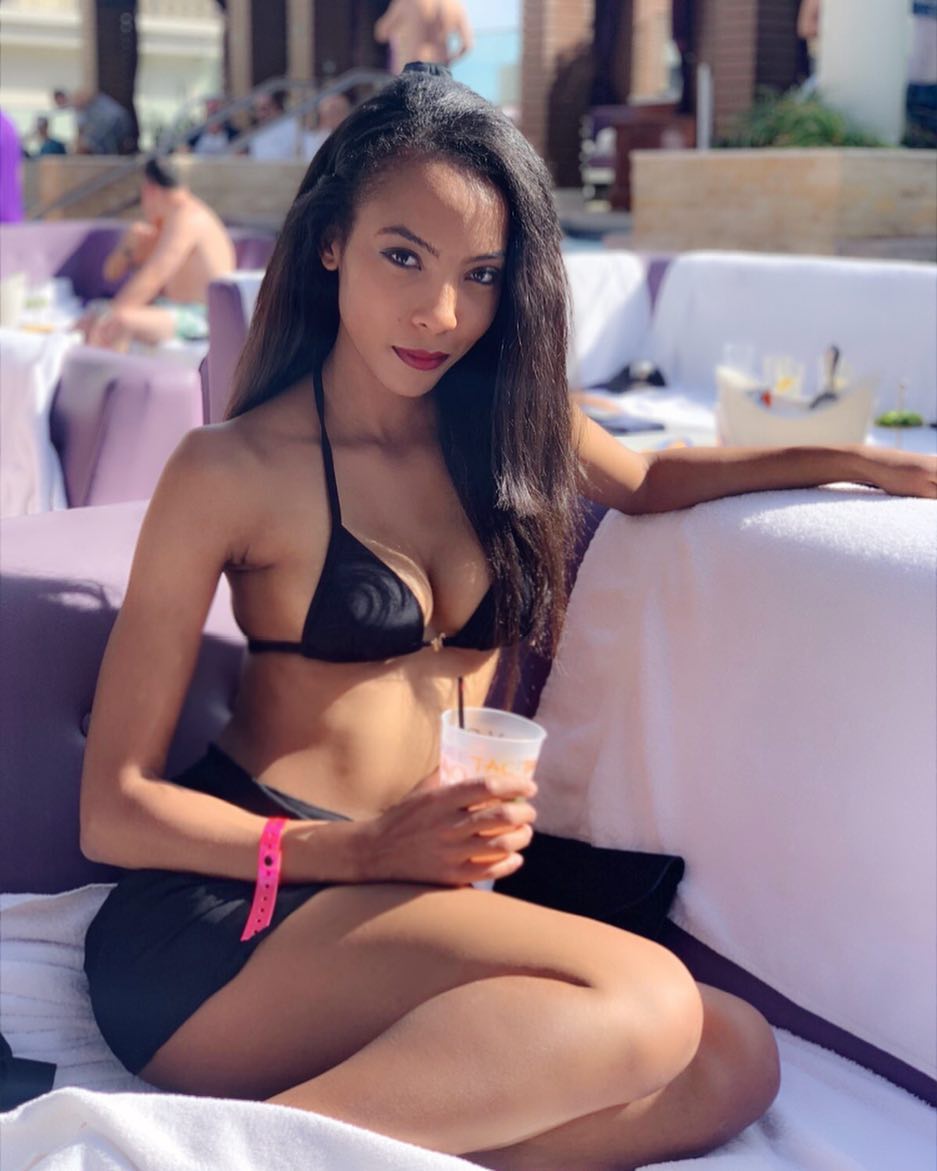 If you are waiting for Alanna Swimwear, the bikini collection Alanna teased us in early March, you’re going to have to wait a little longer.  The fashion model turn beauty mogul has switched gears and delayed the release of her 2020 Swimwear collection.  Due to the global shutdown, who’s to blame her? Instead, she has her eyes set on expanding her cosmetic empire.

Having previously collaborated with Boojee Hair, LavishARHair, and Hair Like Maggie, Alanna has launched a natural raw hair brand that promotes protective styles using extensions. Her brand’s mission for natural beauty has been praised for its wide-ranging styles that catered to all textures – from 2A straight wavy to 4C super kinky.When it comes to your perfect matched hair extensions, Alanna has you covered.

Now Alanna is going further and has announced that Alanna Extensions is on its way-Internationally!Alanna is focused on becoming the leading hair extensions business worldwide. The beauty mogul has taken her products to Amazon and her brand selling like wildfire. Harmonized by her concept of “ Natural Beauty” and hair extension styles, the beauty mogul impressively launched a personalized service catering to all textures. That said, Alanna steps further and not only caters to natural dark -haired women worldwide but also brunettes.

Taking to her Alanna Extensions to announce, “Introducing our chocolate collection 💗💗💗

It was highly requested and Alanna loves the color of brown during the summer! So for the entire summer, we will be selling professionally colored Raw Hair extensions offered in 4 colors ❤ “ said the beauty mogul. As for what’s offered in the seasonal collection, Alanna took to instagram and released the names of her signature line: Honey Vanilla, Rich Chocolate Brown, Golden Caramel, and Cinnamon Cappuccino.

And Alanna is delivering – The release of the Chocolate Collection first launched on July 17th,2020. A week later, Alanna Extensions are already sold out on Amazon. The Cambodian Curly went viral and is seen by many girls rocking their “Alanna” curls on social media. If you missed your chance to buy hair extensions,  no need to worry.  Alanna’s restock date is August 9th and she is prepared for the surge.

Taking to Alanna Extensions Instagram, Alanna reached out to her fans  “I’ve been working on Alanna Hair Extensions since I got my 1st hair campaign in 2014. I took note of the flaws in certain hair extensions and the pros in why clients would want to buy a certain product over and over again. I came to terms that extension lovers want thick ends and long lasting hair extensions, hence why I focused on supplying double drawn 100% raw hair to my clients. I wanted to go a step further and find hair textures that will match my clients own hair texture without needing to apply heat. And that was it. The birth of Alanna Extensions.” If you are looking forward to buying your 1st natural hair extensions,pre order to make sure you get them! Alanna Extensions sold out within 24 hours of her launch on Amazon. The restock date is August 9th,2020.