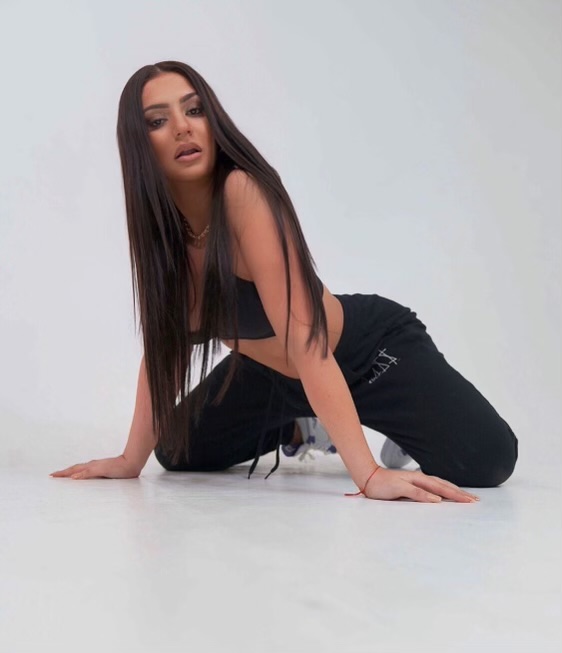 When Michelle Borokhovich, a 17-year-old from Hewlett, NY, fell into a bout of depression and loneliness during lockdown and quarantine in the summer of 2020, she had no idea that something extraordinary was going to come out of it. As someone who was from the same town as DKNY designer Donna Karen, as well as someone who had already been interested in designing clothes, Michelle pulled the trigger and went all-in on a clothing line that she would call KLA$$ KULTURE.

After investing all of the money she had saved up over the past few years from working four jobs, she started producing bucket hats at first. These turned out to be a great success, so she started releasing pullovers and more clothing pieces that caught on like wildfire. It wasn’t long before celebrities like 6ix9ine and actresses like Emily Austin began showing off KLA$$ KULTURE threads.

What motivated Michelle to create the KLA$$ KULTURE line was to desire to create the next big thing in casual streetwear. Also, this innovative brand is about creating a “kulture” of a positive, accepting, and carefree world. She’s on a mission to see her clothes being worn by the entire world. As someone who has struggled with anxiety and depression earlier this year, she sees this clothing line as a way for her to rise above her struggles. She hopes her clothes brings happiness to others who have also been having some of the worst few months of their lives recently.

Michelle sees herself as one day becoming one of the most influential individuals in her generation. She is someone who actively encourages others to follow their dreams, no matter what they are going through or what may lie in front of them.

KLA$$ KULTURE is designed for badasses who don’t live by the opinions others may have about them. Also, it’s for people who like to keep it classy at the same time. Michelle’s goal is to create an environment of acceptance, happiness, and a little bit of danger (but in a good way).

With the help of others who adorn the KLA$$ KULTURE gear, Michelle envisions creating an empire that will revolutionize the fashion industry, as well as the public’s perception of what fashion is. This is a clothing line that is geared toward misunderstood teens who are fighting with their parents every morning because those parents just don’t get them or show interest in doing so; for those who spent their last $30 on an eighth of weed and were fine with that. It’s for young people who are struggling with mental issues who falsely believe their struggle doesn’t matter. Also, it’s for anyone who has gone through something rough but hasn’t allowed those experiences to break them.

At the end of the day, Michelle wants to have a lasting impact on youth culture. She desires for everyone to know that they matter, are loved, and are klassy.

KLA$$ KULTURE apparel is currently available exclusively from the official website. You can also follow this up-and-coming brand’s Instagram page to learn about the latest threads coming out.