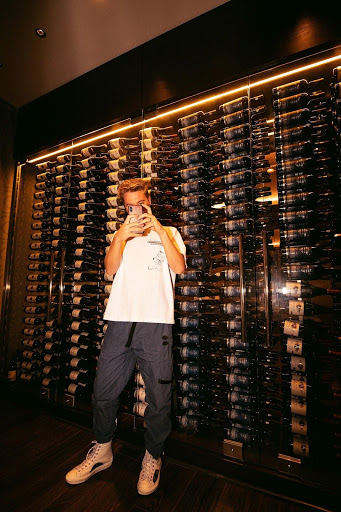 Born and raised in Atlanta, Georgia, Brauch Owens – also known as Brxuch – has been making music since he was 14 years old. He started as an entrepreneur and then took on jobs as a social media strategist. Despite taking full-time jobs, Brauch has always been keen about making his own sound and has decided now to put full efforts into music.

With a background of working hard as an entrepreneur, Brxuch knows exactly the type of work it will take to reach the top. Brxuch comments on his work ethic, saying “Every day I wake up and start writing until the sun goes down, then I go the studio and record whatever I thought of that day.” With this routine in place, Brxuch continues on this path while waiting for his big break.

Securing space in the music industry has always been Brxuch’s goal as he continues to push forward. Despite his full-time jobs being a roadblock in the past, he now has found the right path with music which helps him release his emotions. He says: “I left my actual work to create and make music that makes me feel outside of the world”.

From starting in the business world to transitioning into a creative role, Brxuch is now loving what he does more than ever. With a genuine passion for music paired with a success mindset, Brxuch has the best chances to succeed in this endeavor more than anyone in his class.

Listen to Brxuch’s music on Spotify