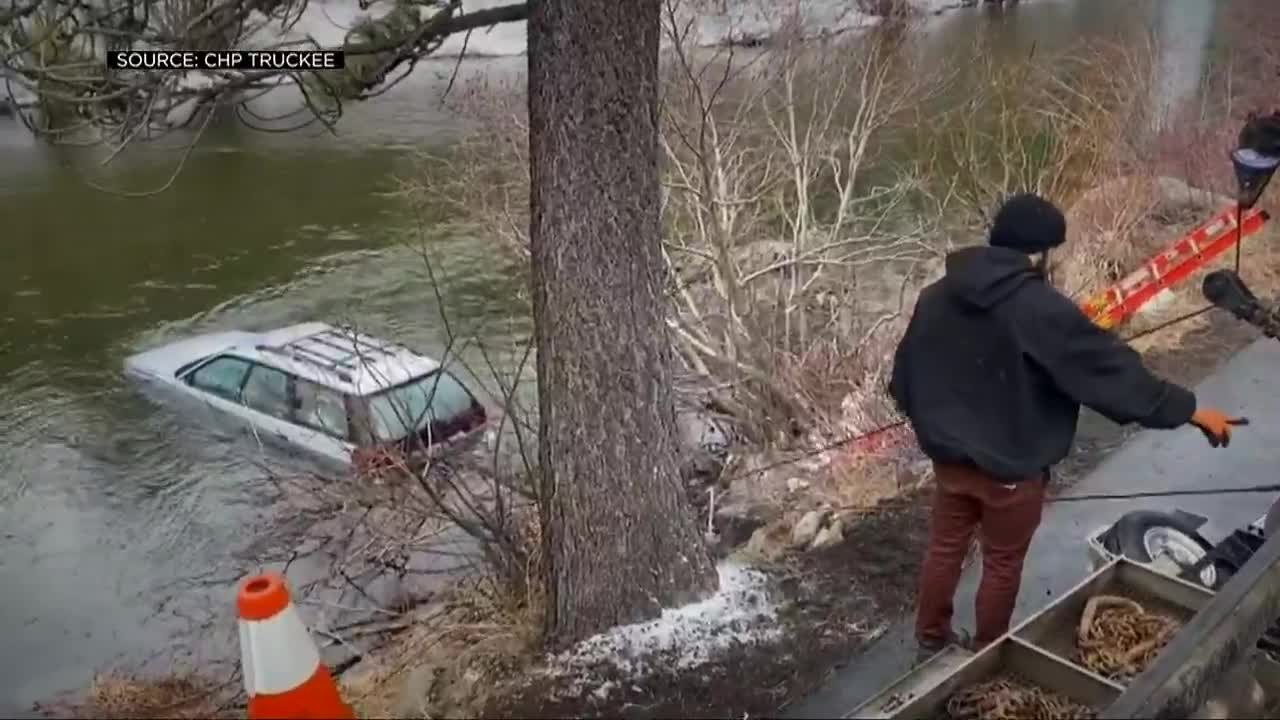 Police are praising a FedEx Express driver as a hero after he dived in freezing water to rescue a woman who had crashed her car.

Brandon Alt, 34, said he was starting his delivery route through Truckee, California, on Monday, when the car in front of him deflected off the road and went into the river below.
“I was following her. She was curling in and out of the lane,” Alt told on Wednesday. “She nearly hit two vehicles that were coming in the opposite direction.”

The driver of the car was occupied by her phone, according to police. She explained she was going to call a family member to sing “Happy Birthday.”

When she looked up, she was leading into the river,” said Williams.

The driver stooped his SUV over on the side of the road, threw his hazard lights on, slid down the embankment and trudged through the icy water to help the woman stuck in her submerging car.

He said he couldn’t open the driver’s door, so he told her to get into the back seat. The depth of the water might be four or five feet, according to Williams.

“The back door handle was locked at first, but I think it was the current of the water, keeping it closed.”
Once Alt had the door open, the car immediately was flooded with water.
He assisted the woman out of the car and to the barrier where he could call 911.
The temperature was in the 30s, and it was snowing outside, according to Williams.

“It is heroic and quite out of the norm,” said Williams. “There’s not many people that would be willing to do that and go into the freezing river.”

As for Alt, he says he doesn’t see himself as a hero. Instead of added, “I was at the right place at the right time. I hope that anyone else in that situation would have done something similar.”

Once help arrived, Alt gave police his information and then went back to his delivery route — wet clothes and all.
According to Williams, the driver didn’t sustain any significant injuries, except seat belt rash, and she is recovering at home. Williams added that she hadn’t been cited for the accident at this time.

“We don’t get into the penalty phase until the investigation of the accident is complete.”