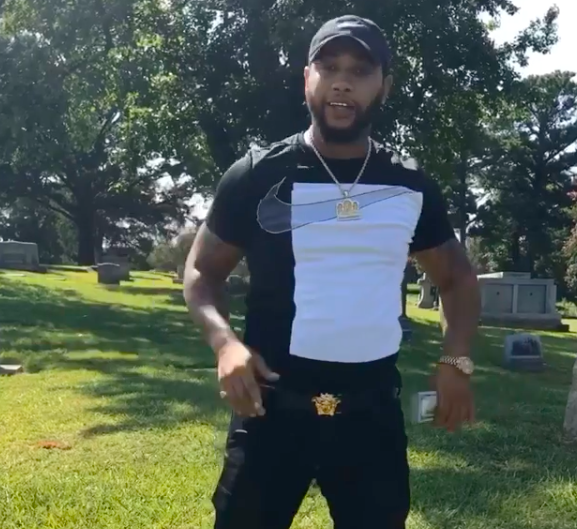 There are many different motivations for people to pursue their passions and dreams in life. Some do it for personal reasons such as fulfillment, competency, and happiness, to name a few. And although these are among the motivations for up-and-coming hip hop artist Williano Da Boss, the talent shares that his main inspiration was no doubt his younger brother, who God called home a few years back.

Williano Da Boss is the stage name for William Johnson, who grew up loving rap music. At the young age of 12, the musician created rap songs with Reginald, his younger brother, who was then ten years old. Reginald also had a knack for hip hop tunes, and their shared passion for rap music was definitely among the things that strengthened their bond as brothers. Williano Da Boss and Reginald would produce beats with their mouth and go back and forth tunes, just jamming and enjoying each other’s company during their spare time.

The artist was 18 years old when tragedy struck the family, and Reginald was taken from them. The younger brother had been shot and hospitalized for days before finally reuniting with the Creator. Williano Da Boss watched over his little brother during the latter’s final days, and the artist would express his pain through writing songs.

“Throughout the years, I had thoughts of pursuing my rap dreams for both me and my younger brother but I knew that I mostly wanted to do it for him because it was something that he could no longer do,” the musician shares. When he was 24, he started getting back into his music as an outlet to express the things that were going on in his life. Williano Da Boss takes pride in his works, confident that people would relate to them and feel his lyrics. He features and tackles different relevant topics in his music that people can connect with today, along with things that audiences simply wish to hear about. The talent does not limit himself to a particular style and wishes to give his listeners a chance to enjoy his music. He shares: “For instance, I have rap songs that people just might want to dance to, songs that make women feel beautiful, and songs about losing friends or loved ones.”

The Cleaveland, Ohio-native is currently learning everything he can about the industry, expanding his networks with different artists such as American rapper Jadakiss, who has been in the rap scene since the 1990s. Williano Da Boss proudly shares that he has begun getting his music recorded and promoted this year by different agencies and platforms such as Broadcast Music, Inc., Apple Music, and Spotify. The artist is also currently working with media company Sho-timeTV in New York, collaborating with its founder Karine Sho Time Thornton, an American actor, hip hop artist, and influencer. Karine currently does promotions for Williano Da Boss and will be dropping the artist’s first mixtape on various streaming platforms, including YouTube, on September 1, 2020.

To know more about this emerging hip hop talent, follow him on Instagram. One may also listen to his tracks on SoundCloud.