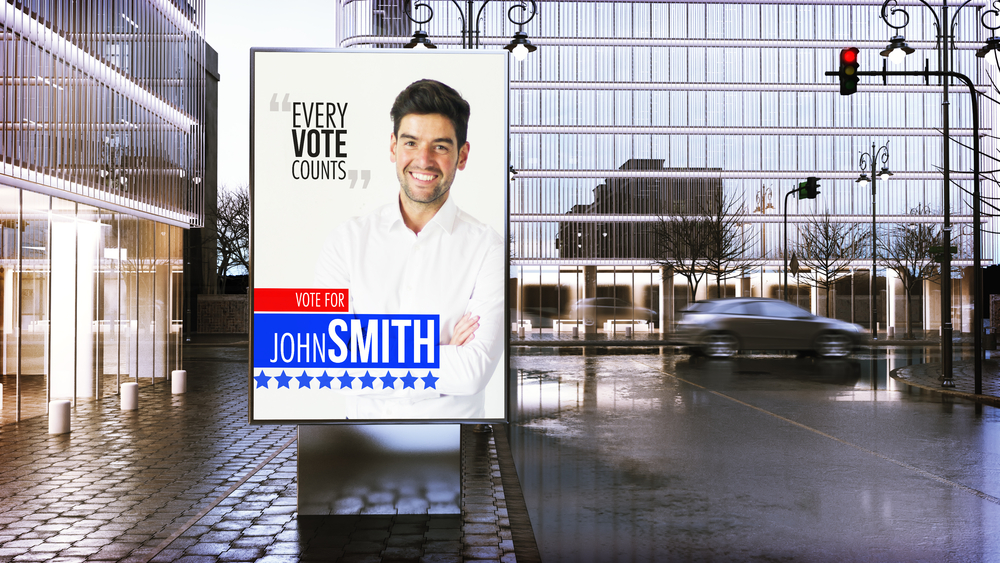 If you are planning on standing for office, then we do not doubt that you will have already started to mull over the idea of using Los Angeles outdoor ads to get the word out about yourself. How couldn’t you? Just about every politician worth their salt seems to invest heavily in billboard ads nowadays. Perhaps the big question for you is; what do people think when they see a politician’s face up there on giant billboards? Will it help or hurt your campaign?

Billboards are perhaps the most significant type of outdoor advertising that a politician could reasonably invest in.

You can think of a billboard as like a giant poster. They are often placed in high traffic areas, generally along main roads, to ensure that they have the maximum number of eyes on them. When you have billboards in Los Angeles, you will often have thousands upon thousands of eyes upon it every day.

What Do People Think When They See a Politician on Billboards?

Being successful in politics is all about branding. We are confident that people out there have fantastic policies but would never be elected because they are not about branding.

There will be many people who walk past the billboard that will see it, get a glimpse of what your policies may potentially be, and remind themselves to carry out a bit more research later on. For others they will already have decided to vote for you, but you are reminding them of your name each time they walk past. People want politicians that are recognizable, after all.

It is exceedingly rare that people think of anything negative when they see a politician on billboards. Unless you promote some insane and ridiculous policies that nobody in their right mind would vote for, there is going to be no negativity about your billboard. Remember, the vast majority of voters expect politicians to advertise. If they are not a fan of the politician, most will ignore the ad. These people are the ones that you are trying to reach when you run political billboards. You are trying to get the undecided ones or need to be reminded of who you are.

Politicians should always try to run billboard campaigns. It is expected of them nowadays. They are an excellent way for politicians to promote their brand to as many people as possible. While most people walking or driving past the billboard won’t be actively thinking about your policies when they do, you will be reinforcing who you are in their minds. This can make all the difference when it comes to polling stations.