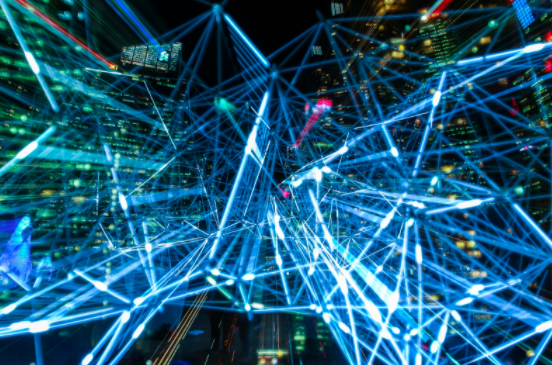 As businesses worldwide reel from the severe economic disruption caused by COVID-19, one company has been busy rolling out its new business. The company is Rakuten, a Japanese ecommerce and online retail operator that also operates a mobile network. It used to attempt to compete with Amazon in the United States but failed. However, over the past months, the company has been making significant strides in its bid to revolutionize mobile networks.

Rakuten advocates the implementation of end-to-end cloud mobile networks using Open RAN and a software-centric model. It is radically different from how mobile networks are conventionally laid out. The company has already started offering its mobile services in Japan using this new technology. “The journey that we are embarking on in Japan will enable a complete transformation in the telecom infrastructure buildout,” says Tareq Amin, CTO of Rakuten Mobile Network.

In his interviews and keynote speeches, Rakuten’s Tareq Amin frequently emphasizes how others used to downplay the idea of an end-to-end cloud-native network. He has defied the odds by making it work at least in Japan. It is not a perfect service, but its viability is now indubitable. Amin used to be the Senior Vice President of Technology Development and Automation for Reliance Jio. It is here where pushed for end-to-end network design and deployment to address the coverage, performance, and capacity requirements of the biggest green field LTE TDD network in India.

Amin’s disruptive idea uses artificial intelligence, real-time machine learning models, as well as Big Data techniques. These things are difficult to promote to skeptical investors, let alone to those who barely understand technical matters. Still, he managed to attract attention, most notably the interest of the US government as depicted in one study.

Rakuten’s success in finding and exploiting an opportunity to be one of the leaders in Japan’s mobile industry is not that difficult to duplicate even in other fields. Nowadays, FinTech-driven companies are also introducing similar business models following a similar unique and out of the box approach. “Unlike traditional investing, micro-investing doesn’t require a large amount of capital. What micro-investing does is to allow greater financial opportunities for increasing one’s portfolio, even if it’s in small quantities,” described in a Prance Gold Holdings study on how FinTech provides solutions in the current economic challenges.

Just like Rakuten, Fintech companies are now establishing a business model that emphasizes the consumer perspective while using advanced technologies such as AI bots and machine learning. What these programs do is to initiate a trade instantly once an arbitrage opportunity is spotted. This offers traders reduced risks and increased profitability of their digital assets.  Leveraging existing capabilities while advancing collaboration

Rakuten’s venture into mobile services takes advantage of its existing businesses and market clout. This allowed the company to convince not only customers to try their services but also for businesses to work with them. “If you look at our ecosystem, I mean it’s a pretty remarkable opportunity for a company that really has built its entire platform on internet-based platforms such as FinTech, ecommerce, travel, etc. I think it’s a huge opportunity to leverage this as an ecosystem when we build connectivity. ” Amin said in one interview.

The alternative mobile network Rakuten created in Japan and wants to introduce to the rest of the world is based on the idea of openness. It is similar to how Google, through Android, tamed the dominance of Apple in the smartphone market. Google did not produce a line of Google-branded hardware and software. Instead, the internet giant offered its software expertise and wealth of web services for other companies to use in their devices.

Rakuten lists NEC, Cisqo, Altiostar, Intel, Nokia, Airspan, and Mavenir as partners. It seeks to work with more telco players and cooperate with government regulators to implement 5G networks around the world. This industry collaboration is an excellent answer to the dilemma of expediting 5G rollout while worrying about the security and monopolistic risks posed by relying on a single 5G solutions provider.

Yuka Koshino, Research Fellow for Japanese Security and Defense Policy, supports the idea of open systems and collaboration. “Since early 2018, global mobile network operators, network equipment suppliers and software companies have established industry consortiums to jointly make the radio-access-network (RAN) of 5G more open, flexible and secure…These consortiums serve as vehicles for the US to work with Japanese partners to jointly produce pioneering 5G solutions.” Koshino argues in a study she wrote for the International Institute for Strategic Studies (IISS).

Deploying 5G networks at present is a massive undertaking. Not only are businesses prevented by the pandemic from operating at their optimum capacity; there are also geopolitical issues at play. Additionally, it does not help when everyone is too cautious and unlikely to entertain novel business ideas.

The skepticism on Rakuten’s mobile business idea was wittily reflected in a Rakuten-Cisco infotainment video that cited industry doubts while summarizing how the company’s partnership with other telecommunications industry players addresses the challenges. Now, Rakuten has established itself as the fourth largest mobile network in Japan and is ready for 5G deployment without relying on the dominant player in this new wireless telecommunications technology.

“They want to go and talk to the newer operators and say we have a blueprint and can give you our understanding and ecosystem and help you. It becomes a business-to-business sale for them,” says an anonymous source quoted in a study published by LightReading. In line with the idea of collaboration, companies can learn from Rakuten’s business-to-business approach in selling their innovations. Working with other businesses is a feasible option when it is difficult to offer products and services to consumers directly.

The essence of providing alternatives

The next normal entails accelerated digital transformation because of COVID-19’s lingering risks. It can be challenging, but it creates opportunities for companies to introduce unconventional and possibly groundbreaking solutions that allow businesses to become leaders in the sectors or niches they target. Becoming an alternative requires ingenuity, resourcefulness, and risk-taking that can ultimately result in better options for consumers and success for intrepid businesses.