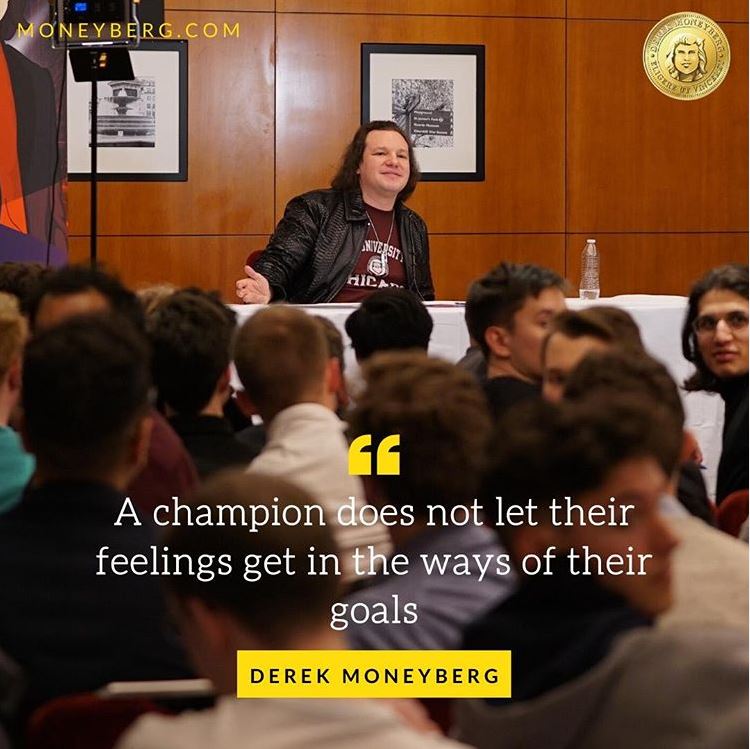 Ayn Rand once said, “Money is only a tool. It will take you wherever you wish, but it will not replace you as the driver.”

In other words, money doesn’t make the man, the man makes money, and that’s something wealth coach Derek Moneyberg is quick to tell his clients from the word go!

The 41-year-olds entrepreneur from Illinois prides himself on his no-nonsense approach when it comes to helping his clients build both business acumen and wealth. His tough love and hands-on method has a 100 percent success rate, simply because as the man said, “I expect my clients to win, and I won’t allow them to lose.”

Moneyberg is in a different league to the millions of so-called business gurus out there who promise the earth but deliver nothing, and that’s because he’s lived, breathed, and made a hugely successful name for himself in the business world since quitting his job as Manager of Walmart at the age of 19.

“I made my money in real estate and stock investments,” explains Moneyberg, “But it was only in later life I found my true calling, and that was in helping others achieve their goals and realize their dreams.”

For the last eight years, Moneyberg has been helping clients globally and from all walks of life step up to the plate and make their play. He’s worked with celebrities, royalty, professional athletes, and ambitious entrepreneurs. Yet all his clients are connected by one common thread, and that is, in Moneyberg’s words, “The will to win.”

Moneyberg explained, “As opposed to many people who are so desperate for revenue, they will work with just about anyone. I’m the best in class at what I do, so I am particularly selective about who I work with. If you come to me and I can see you’re serious about being the best version of yourself you can possibly be, and have that desire to maximize your earnings, then I’ll work with you, but if you’re not committed or serious about turning things around and producing your ‘A’ game, then I’m afraid I’ll have to show you the door.”

Before he agrees to work with them, prospective clients have to apply for Moneyberg’s services. Only after careful analysis of their potential to make the most of the tools, support, and personal guidance he offers, does he come to a decision.

Admittedly, it sounds like a strange manner for a wealth coach to conduct their business, but money has never been the real reason Moneyberg got into this game, his buzz comes from helping others achieve their true potential.

“I’m already wealthy from my previous businesses and investments,” explained Moneyberg. “So I can afford to be selective. Besides which no amount of revenue compares to the rush of seeing my clients triumph in their personal and professional lives.”

Moneyberg reveals, “For example, my client and friend Ben Adams credits me in helping him achieve $200,000 in extra pay from his employer. We helped another former client from Germany named Max Richert close his first eight-figure business deal while he was still in his twenties. And then there’s Jaga Tranvo from New York who we helped transform from traditional employee to entrepreneur.”

Moneyberg added, “These are all different types of victories, but they are all life-changing for the clients, and as far as I’m concerned, that’s a reward you cannot put a price on.”