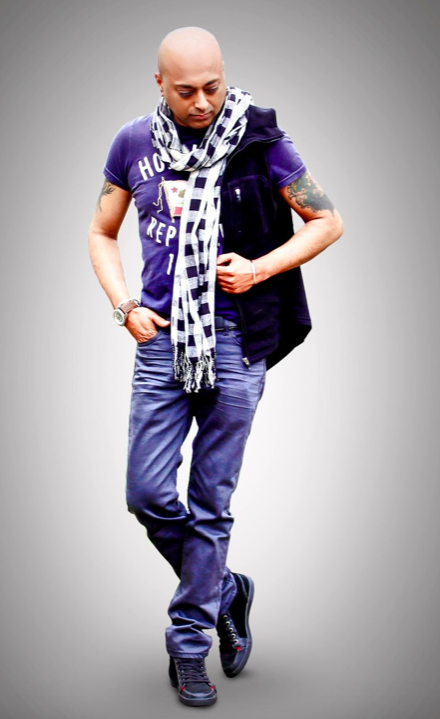 “Photography is just a profession for many, but for me, it is a way of expressing my feelings. I use my experiences and understanding of life to create my portraits. Clicking pictures and then editing them to reflect my inner thoughts about nature, life, an event, or a character is my general objective for my audience.”

The world has attached many rules when it comes to accepting something or someone. Pretty, academically strong, understanding, good etiquette, financial stable, that too within a certain choice of professions, and expresses oneself within the boundaries created by the society- that is what creates an ideal person. Anyone who is slightly outside these drawn lines is labeled rebellious, and their behavior is regarded as unacceptable.

But what most people don’t realize is that by drawing lines, they are actually depriving others of simple pleasures, and most of all, living. Some decades ago, “unacceptable behavior” would be fixed immediately to be a part of the “typical society.”

Today, however, things have taken a significant turn, and for good. People have started accepting that instead of defying, embracing change works better for everyone. A broader set of professional choices, body sizes, color, academic standing and freedom of expression is being normalized. And Varender Singh is a name that reeks power when it comes to freedom of expression.

Varender Singh is an American public figure and an artist, whose forte is photography. The one thing that distinguishes Singh from everyone else is that instead of turning his passion into a profession, he uses it to escape from the world and express who he truly is.

Singh is a happy Punjabi-American who lives in Palmer, Pennsylvania, USA, with his beautiful wife, Manjeet Kaur, and their two lovely daughters, Parminder Kaur and Harneet Kaur.

EXPRESSING WHO HE REALLY IS

From the very start, Varender Singh knew that he loved photography. While most people at such age dream of creating a stellar career, for Singh, the idea of a perfect life was to be able to express what he loved doing without any boundaries.

Singh has always been fond of capturing photos, and that is his way of expressing how he views the world through his eyes. And more than anything else, he wanted to be known for his passion across the world. Singh created his presence on social media platforms under the alias, Channi Miglani.

All portraits that are captured by Singh are a reflection of his personal life experiences. Each photograph in his portfolio represents his view of the world, his perspective on nature, life, and emotions, and his inner expressions. It takes several hours for him to capture the perfect moment to make his audience understand his perspective of life and this world.

“Through my photos, I depict my favorite characters in such a way that my editing skills stand out. I respect this art and am very fond of photo editing.”

Besides being extremely skilled at photography, Singh also has a keen interest and exceptional skills in editing photographs. Singh is a proud self-taught Adobe Photoshop artist. He worked on his tech-skills and learned how to use the world’s most effective and powerful photo editing app.

For Varender Singh, a.k.a Channi Miglani, photography is like a platform where he fully gets to be who he truly is. Through his love for photography, many people across the globe are gaining inspiration to pursue their passions further.

PAVING WAY TO PURSUE HIS DREAM

Singh completed his graduation from Khalsa College and finished his education from Delhi University. Even though he immediately began looking for a job, for quite a while, he couldn’t get any positive results.

During this time, Sardar Harpal Singh Maglani, Singh’s father, was a preacher at a Sikh Temple in the USA. He asked Singh to get relocated with him in the U.S. For Singh, this was an opportunity to start a promising career, and he instantly decided to move with his father. By 1994, Singh had become a permanent resident of the U.S.

Singh didn’t have to struggle much for landing a job in the States as he got appointed at the Circle System Group, a company that manufactured Helmets for football players. For several years, Singh dedicated all his energy to working hard, and he repaired broken balls at the company.

A while later, Singh started receiving pressure from his parents to switch his job and do something better. Forced to leave the job, Singh started looking out for something else. He then started working at the United States Post Office, where he worked as a clerk. For a whole year, Singh worked hard but lost the job after the terrorist attacks on The World Trade Center of America on September 11th, 2001.

The most challenging part about the attack was that in its aftermath, finding jobs became quite tough. Patient and hopeful, Singh gave himself time with the belief that it wouldn’t be long before he would be working again. And he was right.

One day, Singh received an offer from Cigna Healthcare Insurance Company. The company offered him a position as the Machine Operator, and Singh accepted eagerly. Singh spent every day working hard and giving his best performance on the job. As a result of his work, Singh was hired as a permanent employee. To this very day, Singh works at the company and has reached the position of a Senior Associate.

Varender Singh is an example of perseverance and self-belief. His story of reaching the top is a role model for anyone who is in search of inspiration to move forward!