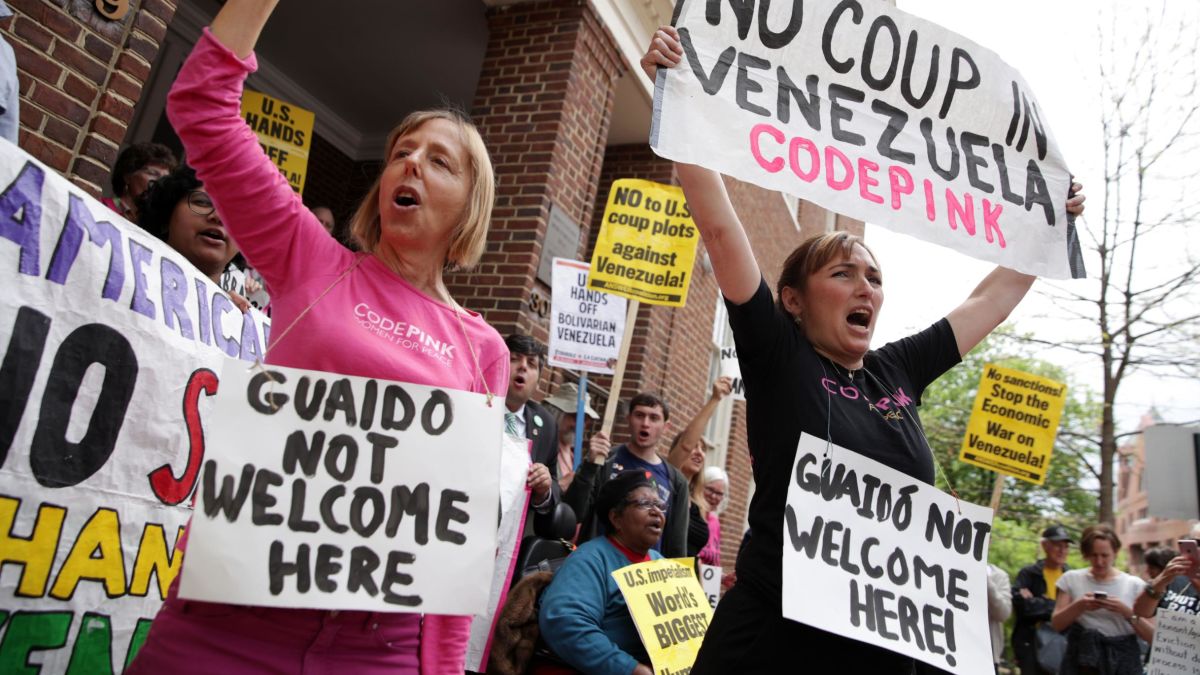 On Monday, the law enforcement of US began their attempt of evicting the protestors from the Embassy of Venezuela, in Washington DC, said an official of State Department.

The move of removing the protestors from the Venezuelan Embassy came into effect after an anti-war group from the US began getting into the embassy previous month.

Medea Benjamin, a co-founder of the anti-war activists group Code Pink, had earlier told CNN that they received the permission to enter the embassy from diplomats belonging to Venezuela President, Nicolas Maduro’s government before they left because of a standoff which unfolded between interim president and Venezuelan opposition leader Juan Guaido and Maduro.

In response to the protests taking place at the embassy building, the State Government said that the Guaido’s government held legal authority over the embassy due to the US position.

An official of the State Department on Monday restated the US position against Maduro’s government and said that the Venezuelan Ambassador to the US, Carlos Vecchio requested for US assistance. It is because of this request that the unauthorized individuals are being asked to leave the embassy by the US law enforcement and that no one will be allowed to enter the building until the trespassers leave.