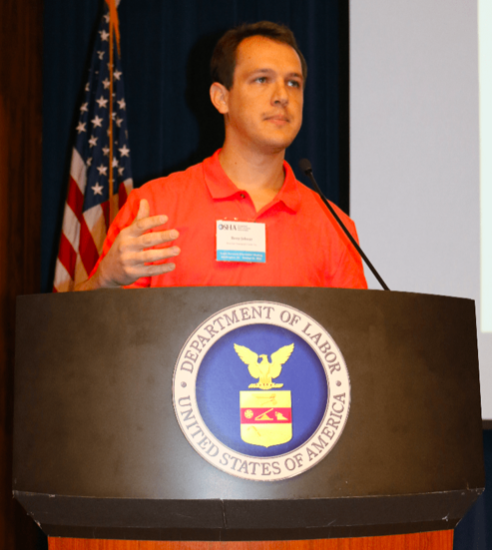 The Pemberton Mill Collapse of 1860 killed 145 workers. The boiler explosion at R.B. Grover Company’s shoe factory in 1902, killed 58 workers, in the same year, the Fraterville Coal Mine explosion caused the death of 362 workers. More than 60 workers lost their lives in the powder magazine explosion during the construction of a water intake tunnel on Lake Michigan in 1909. The Triangle Shirtwaist Company fire in 1911 killed more than 145 workers.

These are just a few of the worst workplace accidents that took the lives of hundreds of innocent workers. It was due to the rising incidents that the Occupational Safety and Health Administration was set up in 1970. It was founded to ensure safe working conditions in factories, construction sites, and other workplaces.

These accidents are common, but not many employers pay much heed to these matters. The workers that fall prey to these accidents and the loss their loved ones have to endure is not something the company owners realize. A person who is working in an unsafe place is the one who realizes the true significance of reliable safety measures. One such man is Rony, who has spent eight years in the construction industry and has witnessed the numerous dangers the workers are exposed to. Every day, construction workers deal with extensively dangerous challenges that pose a threat to their lives.

Despite this, Rony was failed to see the employers implementing any safety measures. Even the workers are not that careful when it comes to avoiding dangerous situations in the workplace. The negligence from both parties was leading to life-threatening incidents. The construction worker took it upon himself to change things for these workers and contribute to a safer and healthier work environment for the employees that spend more than eight hours of their day working in these unsafe workplaces. He was determined to enhance the safety of workplaces, and he became an authorized OSHA Safety Trainer.

From a Construction Worker to a Top Ranked OSHA Trainer

Rony Jabour is a prominent entity in OSHA training. He is actively working to spread awareness about workplace safety among the workers. However, OSHA training was not something he has planned for himself.

Rony Jabour Peterson Kirmse was born in Brazil on October 12, 1983. He went to Cleres Martins Moreira and Marista to complete his primary and high school education. After graduating from high school, he went to Instituto Federal do Espirito Santo and Harvard University. Soon after completing his education, Rony  moved to the United States. In 2004 He stepped into the construction sector in Boston, Massachusetts. It was during this period that he realized the lack of awareness about workplace safety among the workers and how employers were negligent about the safety of their workers.

After spending four years in the industry, Rony decided to step into the Occupational Safety and Health Administration. He decided to go to OSHA Training Institute (OTI), Keene State College, in 2008. He was determined to improve the quality of safety in workplaces by spreading awareness among the workers. The certifications that he from Keene State College include; – Biohazards in the Workplace, Radiation Protection, Introduction to Toxicology, Safety and Health Management, along with several others.

Known as Rony Jabour, he became the first student in the U.S. to complete all certification programs offered by the OTI in New Hampshire. While he was acquiring occupational safety and health certifications, he set up his safety training institute, United Safety Net International Inc, in 2008. The institute was established to offer OSHA training to all workers in Portuguese and Spanish alongside English. Through this platform, Rony has trained more than 20,000 workers.

Rony is a fluent English, Portuguese, and Spanish speaker, which is what makes him one of the most renowned personalities in the sector of workplace safety training. Owner of a vibrant personality, Rony knows how to make boring workplace safety awareness training into a fun and exciting training. Due to his unique training sessions and in-depth knowledge about occupational safety and health.

Institutes such as a Harvard University invited him to talk about OSHA and workplace safety. He delivered a speech about Safety Training for Latino Community in Massachusetts in 2012. Additionally, he has also provided the following training at Harvard University; Analyzing Risk: Principles, Concepts, and Applications on February 14, 2019, and Management and Leadership skills for EHS Professionals on March 14, 2019. In 2013 and 2016, Rony was invited by the U.S. Department of Labor – OSHA to deliver a speech about OSH and Safety Training for construction workers.

Ever since the world got hit by COVID-19, which has now turned into a global pandemic, Rony has been actively working in spreading awareness and training employees in the prevention, control, and cleaning of Coronavirus, through his safety training institute. He realized the risk COVID-19 posed for workers, which is why he received training from the World Health Organization (WHO). He acquired the Infection Prevention and Control (IPC) for Novel Coronavirus (COVID-19) certification to prepare himself to train workers to minimize the spread of the virus.

OSHA -Authorized Trainer in English, Spanish & Portuguese for Construction and RRP EPA LEAD Course Trainer in Massachusetts, Rony Jabour serving as the CEO of United Safety Net and volunteer for COBWEB, Brazilian Immigrant Center and OSHA, and MassCosh in Boston. He is actively working to improve the safety conditions at work by spreading awareness among the workers. While the company is responsible for taking safety measures, the negligence of the workers adds to the risk, increasing the chances of major workplace incidents. The #1 authorized OSHA Safety Trainer in New England, Rony, is ensuring a safe and secure workplace for every worker!