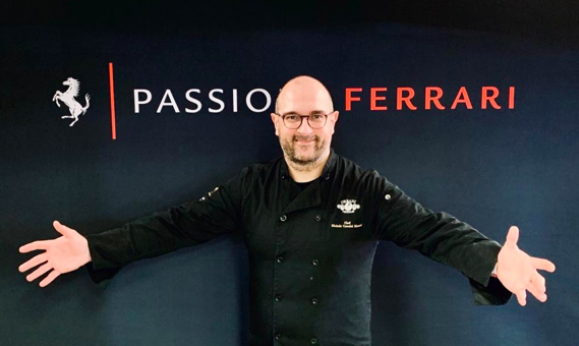 A young boy, inspired by his loving grandfather, prepared his first-ever dish when he was just nine years old. When his friends and classmates were playing around with toys, this boy was playing with spices. Stepping into the culinary world at such an early age instilled in the boy a passion for becoming a top chef. He dreamt of carrying his grandfather’s legacy forward, as he was his biggest mentor.

This is the story of Michele Casadei Massari, the man who brought pure Italian experience to New York in the form of food.

Every individual in this world has a passion and a dream to turn it into a career. Many people believe that nothing in life is better than working in a field that they love; it is an ideal situation. While everyone dreams, not all have the potential to turn it into reality. Along with skills and talent, this requires determination, patience, perseverance, and consistency.

Dreams do not turn into reality overnight; one has to struggle to make it to the top. How long the struggle phase will be, depends upon a person’s efforts and, of course, on fate. Michele, who spent much of his childhood with his grandfather in his wood-burning kitchen, used to work part-time at restaurants during his time at med-school.

Michele loved studying, which is why he took up medicine. However, working nights in a restaurant made him second guess his choice. He kept reliving his time with his grandfather, Gigi, who introduced him to the art of cooking. One night, a realization hit Michele; he did not want to study medicine; instead, he wanted to become a top chef, a dream that he lived with as a child, and it faded away with time. Cooking was something that made him happy.

As he was born and raised in Romagna, Italy, he decided to take a part in his hometown in New York. He applied for a visa for the United States. His visa got rejected because his idea was not ‘innovative’ enough. It did not lower Michele’s motivation but ignited his passion. He started working on his idea and came up with the concept of ‘coffee kiosk.’ In 2009 his visa application was processed. Michele set off to accomplish his life goal, to become a chef and bring a piece of his country to the United States.

Sowing the Seeds for an Accomplished Future

As soon as Michele landed in New York, it was showtime for him. He had to prove to himself that he was capable enough to accomplish his dream. He partnered with his friend, Alberto, and together they started a coffee kiosk at Union Square in Manhattan. The small-scale setup served coffee, cappuccino, hot chocolate, mini-desserts, and cookies. Even with such a limited menu, Michele’s coffee kiosk turned out to be a huge success.

Soon, Michele and his partner began receiving requests and offers to expand their business. It was Michele’s chance to fulfill his goal of serving authentic Italian cuisine in New York. He decided to take things slow. He started extending the branches, and on April 1, 2009, the first Piccolo Cafe Restaurant came into the picture. Within a year, his café restaurant had four branches, spread all across New York. The first phase of his journey was successful; he had established a name in New York’s food scene.

It was time to take action, which is why he added Pastas and Paninis into the menu of Piccolo Cafe Restaurant. He made all his loyal guests taste the authentic Italian cuisine and stirred hype among them. He grabbed the opportunity with both his hands and set up a restaurant to serve New Yorkers the authentic Italian cuisine. Lucciola restaurant, situated on 90st Street and Amsterdam Avenue, opened doors for its guests on December 1, 2017.

Popularly known as the ‘five ingredients chef’ across New York, Michele Casadei Massari is one of those individuals who do not rest until they accomplish their life’s goals. Started as a kid who loved helping his beloved grandfather cook, this 46-year-old has become the owner for five fine-dining restaurants in New York!

Stringing Alphabets Together and Bringing Words to Life, Lynn A. Dalton, The Word Sorcerer

Kenny Kenglomerate of the T.C.F Crew Takes Inspiration from the Dancing Legends